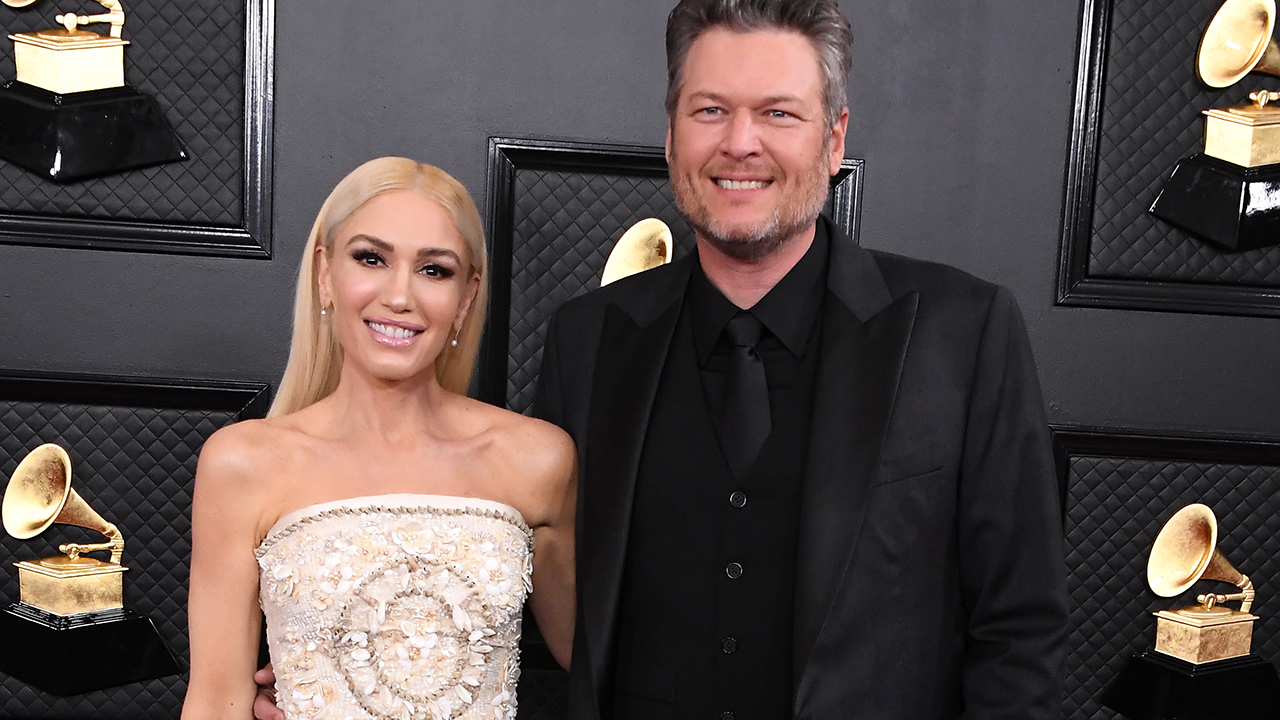 Blake Shelton and Gwen Stefani are one step closer to officially becoming Hollywood’s next power couple after the pair announced on Tuesday that they are engaged.

Meanwhile, Shelton was previously married to singer Miranda Lambert and Kaynette Williams before he and the No Doubt songstress began dating in 2015 after appearing on “The Voice” together as coaches the previous year.

Shelton has been a host and coach since Season 1, and he and Stefani have appeared together on the singing competition several times as competition.

According to reports, Shelton has a combined net worth between $60 million and $100 million, much of which has derived from his salary on “The Voice,” despite the fact he has sold more than 10 million albums worldwide and 35 million singles.

Blake Shelton and Gwen Stefani announced on Tuesday that they are engaged. (Photo by: NBC/NBCU Photo Bank via Getty Images)

In early seasons of the show, Shelton was pulling in $4 million per cycle, which now stands at a cool $13 million per cycle in his current salary structure. Furthermore, Shelton’s songs have generated billions of digital streams.

Shelton is also is the proud owner of a string of Ole Road restaurants. His latest location in Orlando, Fla. was set to open in April 2020. The other restaurants are in Tishomingo, Okla., Nashville, Tenn. and Gatlinburg, Tenn.

In addition, he owns Ten Point ranch, which is just an hour’s drive from his Lake Texoma home where he wrote and recorded his album “Texoma Shore,” and just minutes away from the small town of Tishomingo, Okla.

For Stefani, Celebrity Net Worth places her estimated value around $150 million, and much of her wealth is amassed via her efforts as both a solo act and as a member of No Doubt as well as through Stefani’s other ventures such as her clothing line “L.A.M.B.,” which she launched in 2004.

Gwen Stefani's net worth is estimated to be $150 million, according to Celebrity Net Worth. (Photo by John Shearer/Getty Images for The Recording Academy)

Under her clothing brand, Stefani has released products ranging from perfumes and makeup accessories to dolls and clothing.

The unlikely couple recently plopped $13.2 million on a 13,000 square-foot mansion in nearby Encino, Calif., and per Variety, citing property records, the home is their first as a couple.

Holly Davis, a founding partner at the Austin, Texas-based law firm Kirker Davis, who is not an attorney for Stefani or Shelton, explained to FOX Business what a potential prenup could look like between the pair.

When it comes to real estate, Davis noted that the recent property deal is par for the course especially for independently wealthy individuals who are taking a flyer on their second or third marriages.

Blake Shelton has sold more than 10 million albums worldwide and 35 million singles and his songs have generated billions of digital streams. (Getty)

“That tells me that their premarital agreement is going to have to address assets that are held in both of their names,” said Davis, adding that the purchase is actually a great way for the wealthy couple to park money in an appreciating asset versus a joint “household bank account.”

“Because they're both independently wealthy, I don't think we can expect any sort of provision about a signing bonus or a certain amount of money that's being given as a gift to the person signing it, because they're pretty much in what we call an 'arm's length transaction,’" Davis explained.

She added that what can typically be expected in a situation like Shelton and Stefani’s is that the couple’s premarital agreement will list out the following: all that they each own right now, any growth or income, as well as anything that is funded in the future during their marriage by the money that exists right now,  which will “maintain its separate character.”

Despite Shelton and Stefani’s music and TV success, Davis maintains the pair will likely keep any income generated by their vast recording catalogs separate, aside from whatever earnings they may pull in from the music they’ve recorded and performed together.

The pair has dated since 2015. (Photo by Steve Granitz/WireImage)

Together, the duo has released “Happy Anywhere,” duets "Go Ahead And Break My Heart," and "You Make It Feel Like Christmas" and "Nobody But You."

“I can't imagine an artist whose job is to create songs that come from their own head and their own body and their own heart, would want to share any royalties or rights to their independent creations,” Davis said. “I would be shocked if they shared any of the earnings that came from their collections, their songwriting, their catalogs, their albums, their tours, any of that.”

The litigator said she expects Shelton and Stefani to contribute to their lifestyle from their respective independent wealth, “and in only rare circumstances would they ever really merge it – this is sort of the typical way this is done.”

“I think they are definitely going to be pretty sophisticated when it comes to preserving their assets and I think it's safe to say also that we can expect a premarital agreement to say that whatever salary they earn on 'The Voice' is going to be owned by the person who earned the salary,” said Davis.

In terms of whether the couple might include any language pertaining to potential offspring, Davis said the door can certainly be left ajar and “it's possible that their premarital agreement could address whatever rules for an unborn child if they're choosing to have one – which, of course the tabloids would love to know more about.”