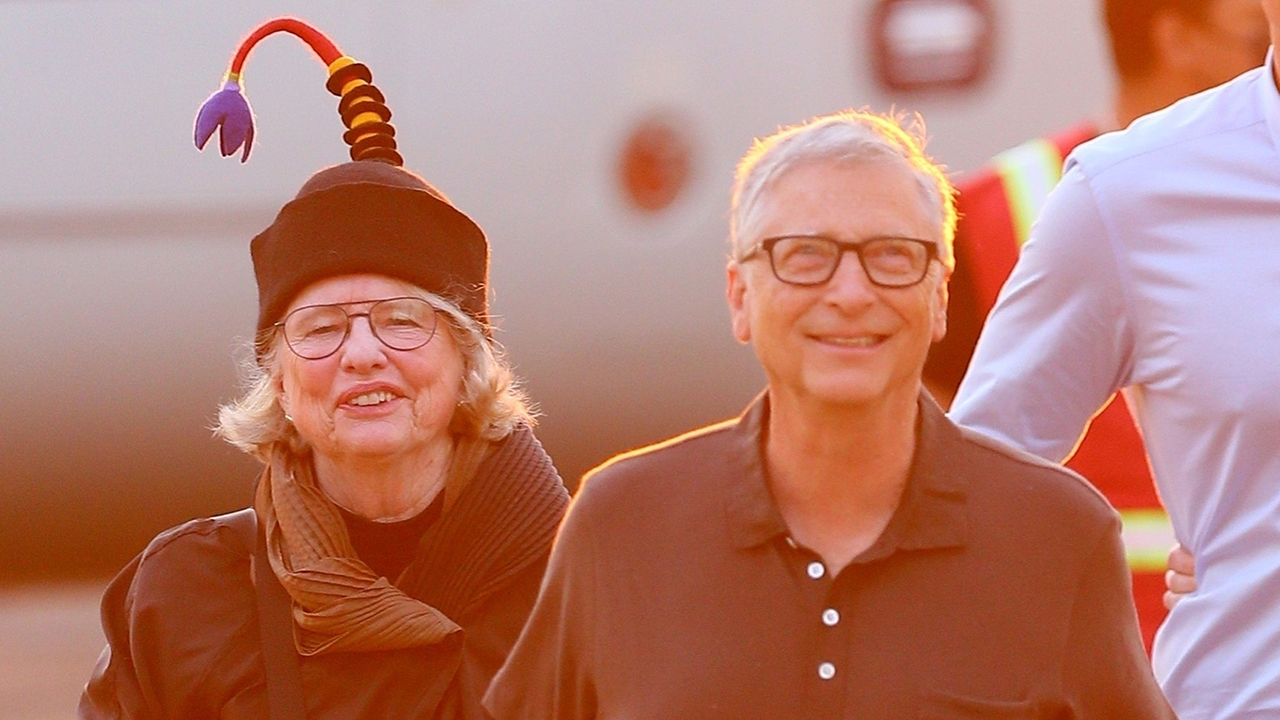 Hats off to her!

Bill and Melinda Gates’ eldest daughter, Jennifer Gates, might be the main spectacle at her lavish Westchester County wedding to fellow equestrian Nayel Nassar on Saturday, but the 25-year-old Stanford grad may have some competition in the style department.

Gardner Gates will be among the 1-percenters at the 124-acre, $16 million farm in North Salem that Jennifer’s parents bought her in 2018.

Gardner Gates accompanied 65-year-old Bill on a helicopter to New York City after landing in Newark in her stepson’s private jet — and beamed under a black beanie with a flower-shaped topper.

(Gates, meanwhile, wore a more modest polo shirt and khakis for his arrival.)

Gardner Gates, a Stanford graduate who earned her Ph.D. in art history at Yale, married Bill Gates Sr. — an attorney and philanthropist who died last September at age 94 — in 1996.

Bill Gates' stepmom, Mimi Gardner Gates turned heads for the hat she wore as she and the tech billionaire were arriving in New York for Jennifer Gates' wedding. (Backgrid)

She was the director of the Seattle Art Museum from 1994 to 2009, and now serves as director emerita overseeing SAM’s Gardner Center for Asian Art and Ideas. Before that, she spent two decades at Yale University Art Gallery as an Asian art curator before becoming its director in 1987, according to her bio on the Gates Cambridge Scholarship site.

Among her other achievements in Seattle, she co-created a 9-acre waterfront sculpture park in the downtown neighborhood of Belltown — a plot that reportedly would have otherwise been sold to condominium developers. She also added more than 2,500 works of art to SAM’s collection and boosted its endowment from $24.5 million in 1994 to $75.5 million in 2005.

Gardner Gates was divorced when the elder Gates asked her to dinner.

"I didn’t think, ‘He’s asking me out.’ I thought he wanted to get more involved in the museum," she previously told the Seattle Post-Intelligencer.

Bill Gates was all smiles on Thursday when he arrived in New York City just days before his daughter Jennifer’s wedding to professional equestrian Nayel Nassar. (Backgrid)

The two shared a quiet courtship, and she called him a "prince of a man."

"I never imagined I’d be so happy in my personal life," she told the publication.

Messages sent to the Seattle Art Museum and Yale seeking to contact Gardner Gates were not returned by press time.