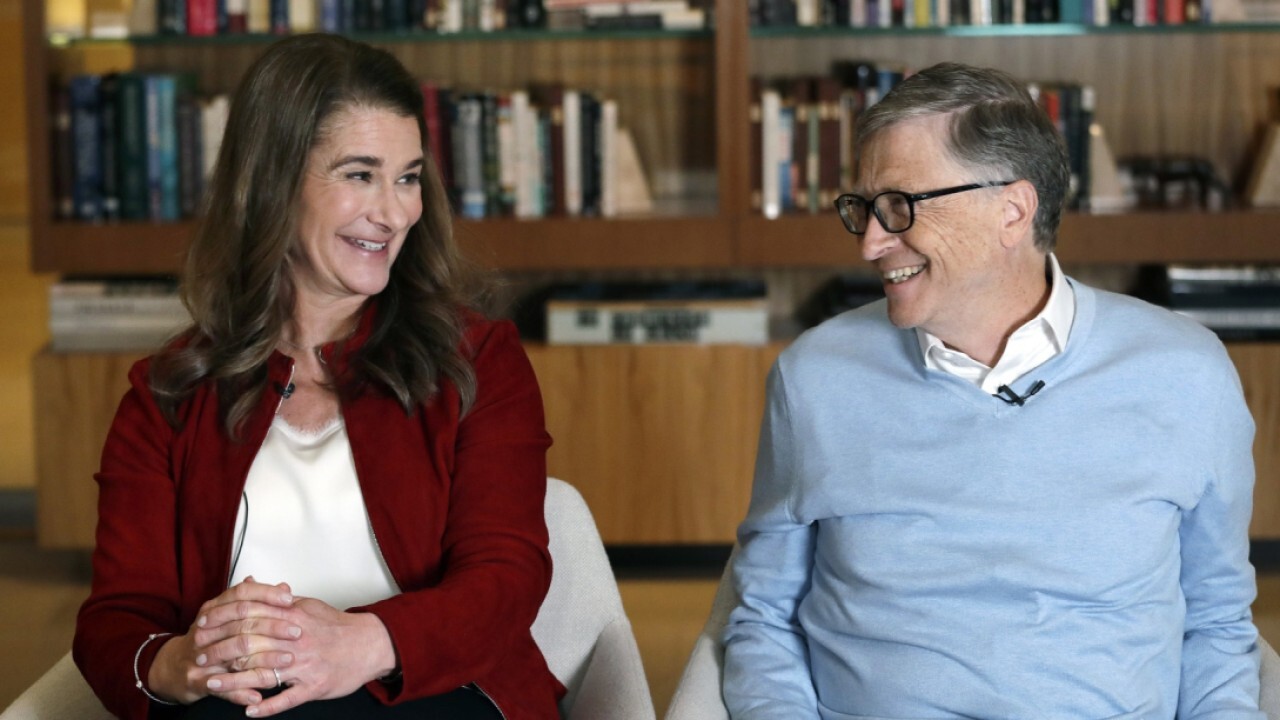 Bill and Melinda Gates announced the end of their 27-year marriage in a joint statement on Twitter Monday.

Some details on the split were included in the petition for divorce filed by Melinda in King County Superior Court, according to documents obtained by FOX Business.

Here's an inside look at the Gates vs. Gates filing.

Assets to be divided in separation contract

According to the petition, the Gates family will divide their real estate, personal property and debts and liabilities through a separation contract.

Among their notable assets, the Gates have a mansion in Washington state that has been estimated to be worth more than $120 million and a private plane. Bill Gates also remains one of the largest individual Microsoft shareholders, holding more than 100 million shares as of December 2019, as reported by The New York Times.

The pair live in Washington, which is a community property state. That means that if a divorcing couple is unable to reach an agreement as to how to divide marital assets, a judge will generally divide community property equally between the two. This applies to assets acquired during the marriage. Property owned by either party prior to the marriage is typically not contested.

The state has a minimum waiting period of 90 days for a divorce case to be finalized.

The filing describes the Gates marriage as "irretrievably broken."

"We ask the court to dissolve our marriage and find that our marital community ended on the date stated in our separation contract," the couple wrote.

The couple met in the 1980s during a business dinner in New York City, not long after Melinda joined Microsoft as a product manager. The couple married on Jan. 1, 1994, in Lanai, Hawaii.

Melinda Gates said in the filing that "spousal support is not needed." The move makes sense, given the fact that the couple has no children who are under the age of 18 and will continue to work at the Bill and Melinda Gates Foundation together.

As of the end of 2019, the Bill and Melinda Gates Foundation had doled out $54.8 billion in grant payments since its inception, according to the organization's website. The organization has a $49.8 billion endowment.

In addition to reducing poverty, improving health care and expanding educational opportunities and access to technology across the globe, the organization has committed at least $1.75 billion toward the global COVID-19 response, according to an announcement by the organization in December.

Bill Gates has consistently been named one of the richest people in the world and has an estimated net worth of $130.5 billion, according to Forbes.

The couple's 25-year-old daughter, Jennifer Gates, posted a statement on her Instagram story, noting that her parents' divorce has been a "challenging stretch of time for our whole family."

JENNIFER GATES SPEAKS OUT ON DIVORCE

"I'm still learning how to best support my own process and emotions as well as family members at this time, and am grateful for the space to do so," she continued. "I won't personally comment further on anything around the separation, but please know that your kind words and support mean the world to me. Thank you for your understanding our desire for privacy while we navigate the next phases of our lives."