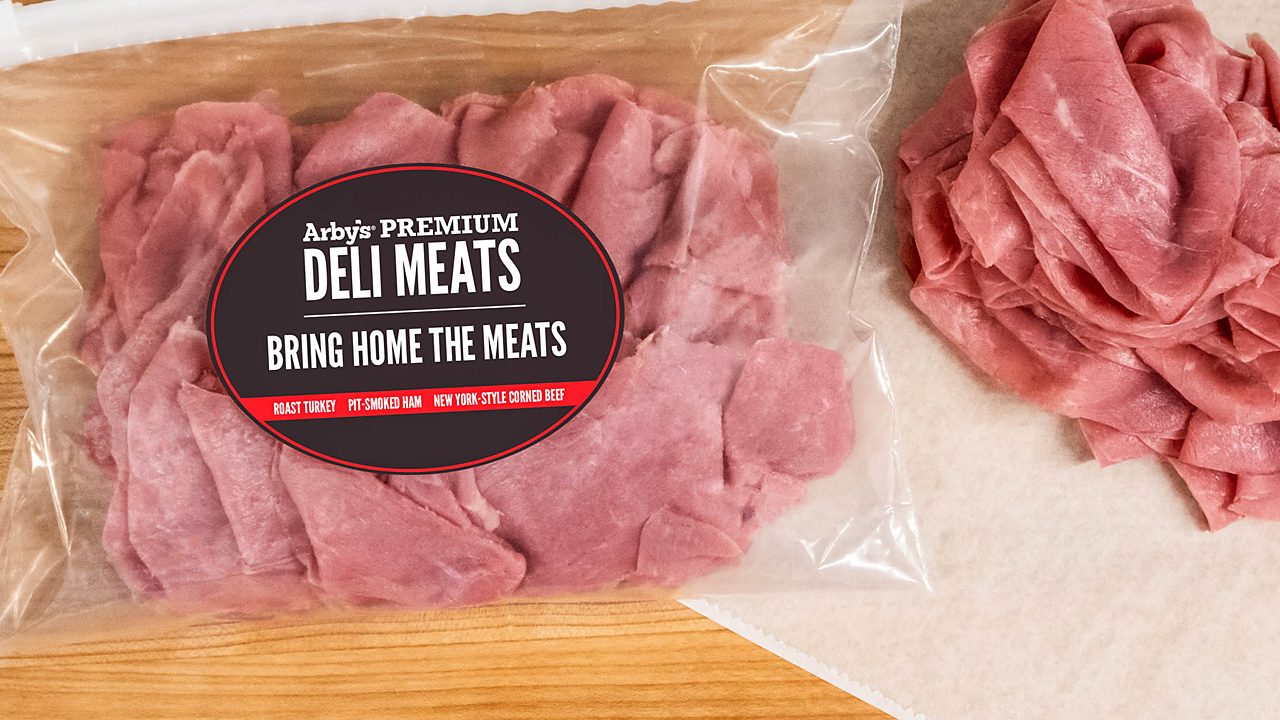 If you’re craving Arby’s meat without the sandwich, you may want to head to Atlanta.

The fast-food chain has been testing its Deli Meat-by-the-Pound initiative in select Atlanta locations, a spokesperson for Arby’s confirmed to FOX Business.

The initiative offers three types of Arby’s deli meat, sold by the pound -- for $8.99 -- or a half-pound -- sold for $4.99. Those meats are roast turkey, pit-smoked ham and New York-style corned beef.

Fans can buy and pick up deli meat by the pound from the drive-thrus of participating locations.

The test run in Atlanta will be completed by the end of September, the spokesperson said.

Arby's will be selling deli meat by the pound until the end of the month. (Photo Credit: Arbys)

According to the spokesperson, the Arby’s Deli Meat-by-the-Pound test was launched during the coronavirus pandemic as a way to offer customers a good deli meat option that’s easy and safe to access with the drive-thru.

“This idea was born from Arby’s desire to innovate during a difficult time to best serve our customers,” Patrick Schwing, Arby’s chief marketing officer, said in a statement emailed to FOX Business. “Through this offering, we are able to provide a product that not only have our guest repeatedly asked for, but we can do it in an easy, socially-distant drive-thru setting.”

“We are excited to see a positive response thus far and look forward to using this test to determine if and when the program can be scaled to additional markets,” Schwing added.