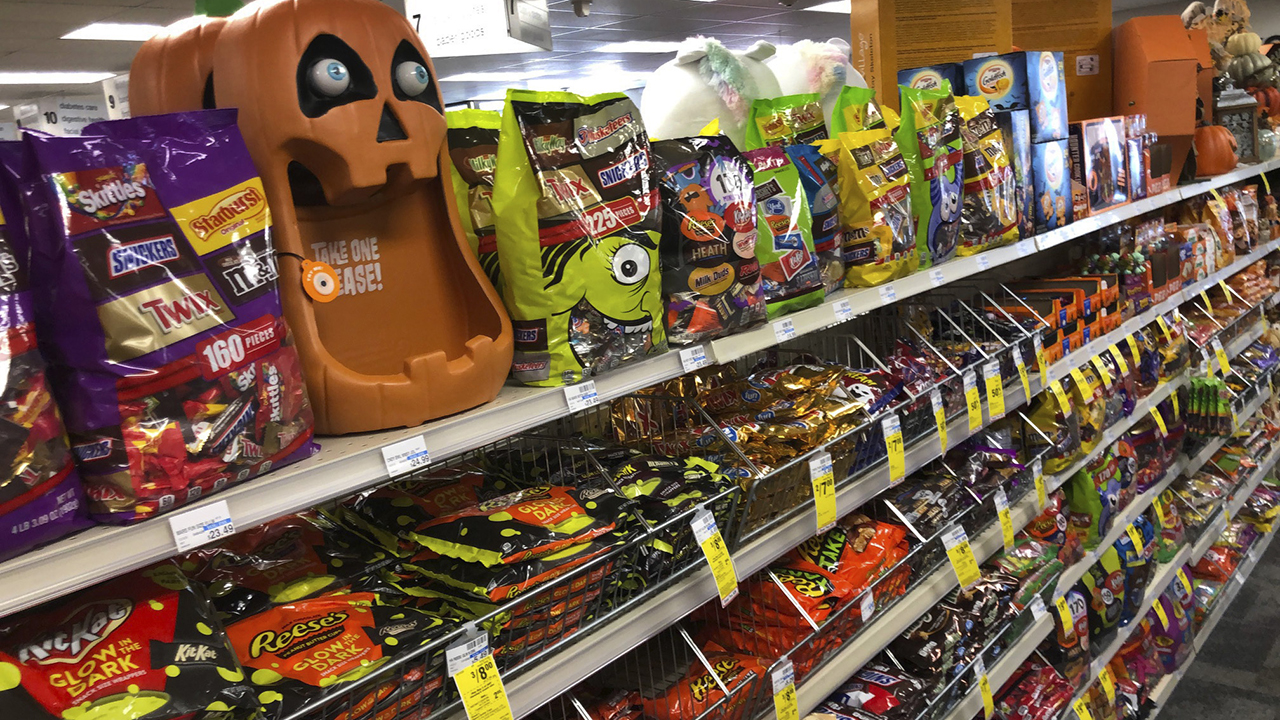 If recent data is any indication, we’re purchasing significantly more Halloween candy than we did in 2019 — but some of us are likely going to eat it all ourselves.

The National Confectioners Association recently reported that Halloween candy and chocolate sales in the four weeks preceding Sept. 6 were up 13% over the same time period last year, with Halloween-themed chocolate sales up over 25% alone.

Interestingly, though, the findings come just days after Advantage Solutions, a market research firm, released the results of a survey that suggested 14% fewer Americans planned to hand out candy, when compared to 2019.

The National Confectioners Association recently reported that Halloween candy and chocolate sales in the four weeks preceding Sept. 6 were up 13% over the same time period last year, with Halloween-themed chocolate sales up over 25% alone. (AP Photo/

So are we planning to hoard it for ourselves? Not necessarily.

IS A CANDY 'SLIDE' THE SOUTION FOR A SOCIALLY DISTANT HALLOWEEN?

It’s possible that the candy-giving public may be sweetening to the idea of trick-or-treaters, the data show. According to a poll conducted by Morning Consult for the National Confectioners Association (NCA), 80% of respondents claimed in September that they were confident they could find safer ways to celebrate Halloween. Two months previously in July, that number stood at only 63%.

The NCA’s latest findings about candy sales are also in line with a separate report from the NCA, one that suggested Americans bought more candy, chocolate and premium chocolate products between March and September.

In the four weeks preceding Sept. 6, the NCA says purchases were largely spurred by grocery displays and consumer behaviors that trended toward increased grocery shopping, presumably because of limited dining-out options.

“Consumers are now seeing in their local retail stores that Halloween chocolate and candy are on full display, which speaks to retailer, manufacturer and consumer optimism that Halloween is happening and that it will be a great season even if we have to celebrate a little differently this year,” reads a press release issued by the NCA.

Aside from consumers, the candy companies are undoubtedly in good spirits after seeing this year’s sales. Confection manufacturers rely on the 10-week period before Halloween for approximately 14% of their annual U.S. sales, the Associated Press reported.