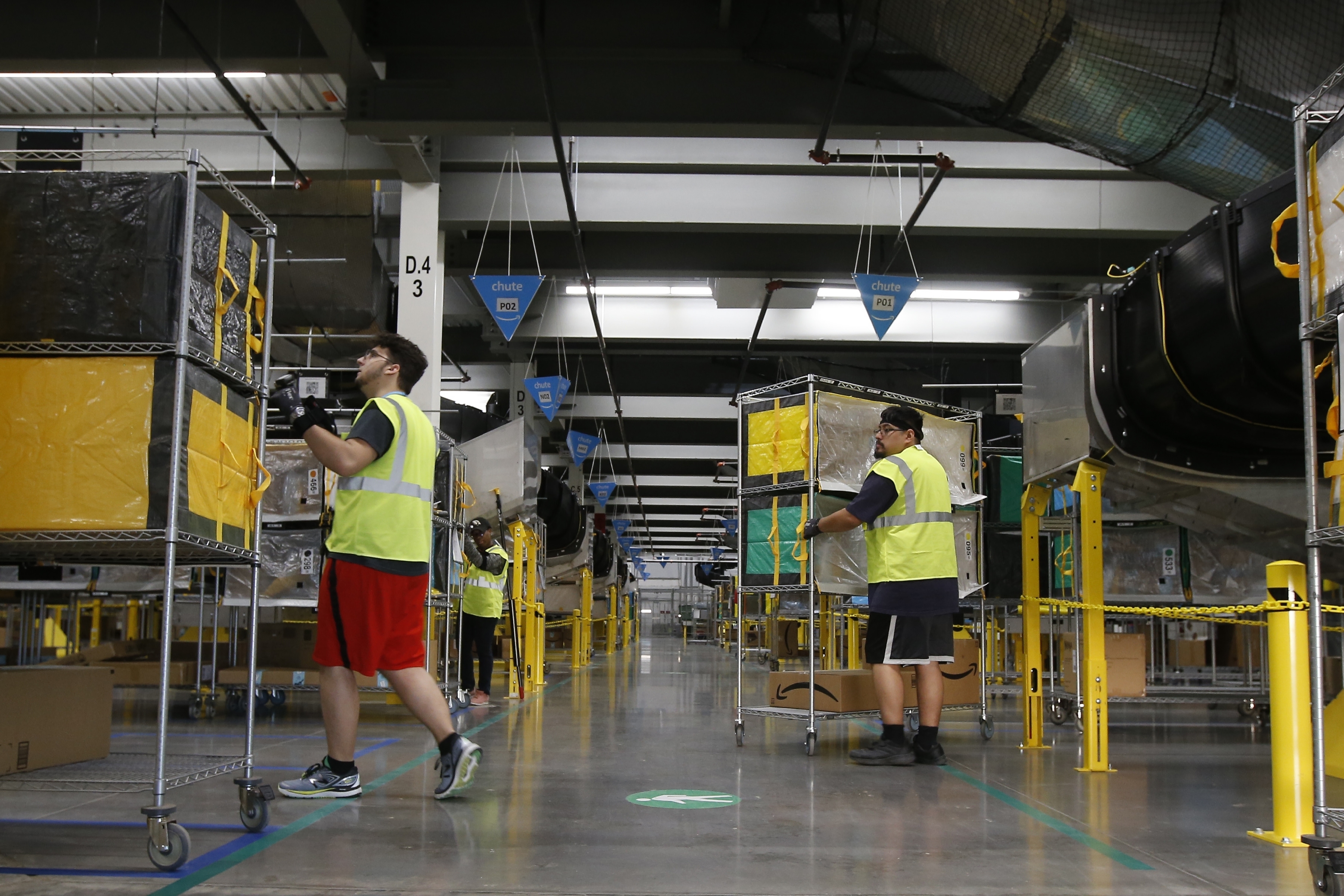 Amazon has upset some of its veteran workers by giving them vouchers to buy Thanksgiving turkey while cutting $3,000 bonus checks for some new hires, a new report says.

The e-commerce giant’s staffers have griped about the disparity in social-media forums where they’ve shared pictures of “turkey vouchers” worth as little as $10 that they were given as thank-you gifts, Bloomberg News reported Tuesday.

A DAY IN THE LIFE OF AN AMAZON WAREHOUSE WORKER

The coupons are paltry in comparison to the sign-on bonuses Amazon is offering prospective warehouse workers it’s hiring to get through the holiday shopping season. The incentives vary by location, ranging from $1,000 in Kentucky and Minnesota to $3,000 in parts of Illinois and California, job listings show.

“If one worker gets a turkey and another worker gets $3,000, it’s the ultimate insult in compensation,” Fred Whittlesey, a compensation expert and ex-Amazon employee, told Bloomberg. “People constantly compare.”

HERE'S WHAT YOU SHOULD KNOW ABOUT AMAZON'S NEW PHARMACY BUSINESS

The Butterball-branded turkey vouchers have been perceived as a slight to some workers who have toiled for months to ship out Amazon orders throughout the coronavirus pandemic, according to Bloomberg.

Employees have criticized the company in recent months for not doing enough to protect them from the potentially deadly bug, which has infected thousands of Amazon workers and killed at least eight.

“I was going to put it in the bank because it looked like a check, but it was a grocery voucher you couldn’t redeem for cash,” one California warehouse worker told Bloomberg. “They usually give us a few pieces of turkey and an extra 15 minutes for lunch break, but they can’t this year because of social distancing.”

Adding to Amazon workers’ resentment is the fact that the Seattle-based company has ended temporary pay raises it offered in the early stages of the coronavirus pandemic, Bloomberg reported. Many staffers want Amazon to reinstate the higher pay as COVID-19 cases surge nationwide, according to the outlet.

Amazon did not immediately respond to a request for comment Tuesday. But the company has touted the $15-an-hour minimum wage and health benefits that it offers employees across the US. It has also pledged to spend $10 billion this year on coronavirus-related initiatives to protect workers and get products to customers.

“We encourage anyone to compare our overall pay, benefits, and workplace environment to other retailers and major employers across the country,” Amazon spokeswoman Rachael Lighty told Bloomberg.