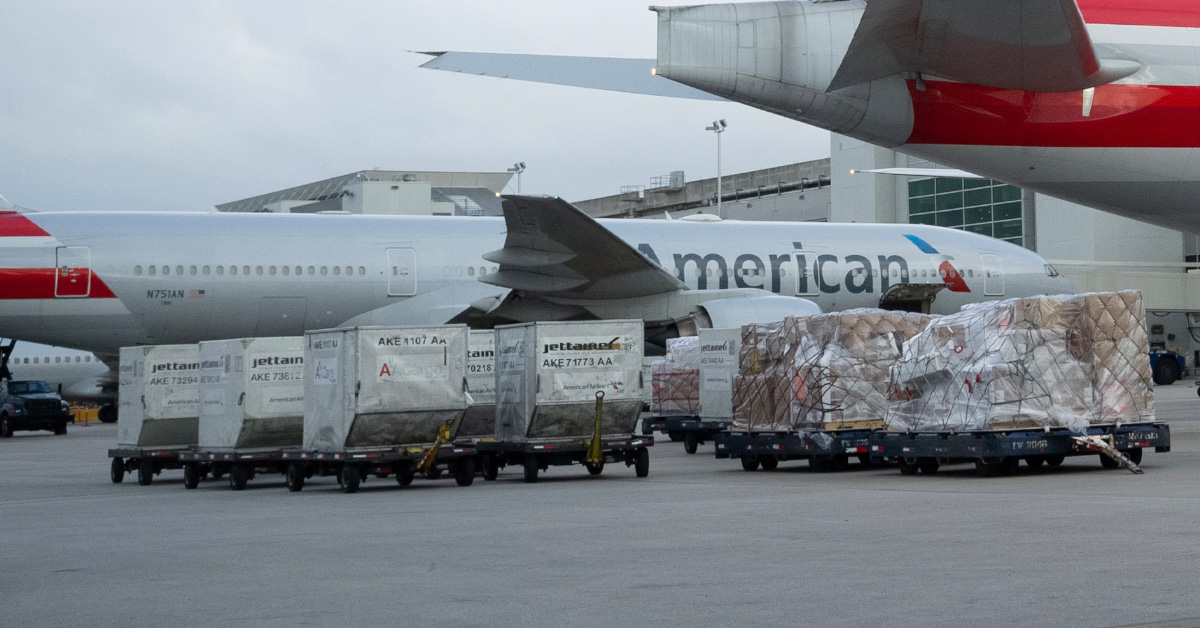 Coronavirus vaccine could be available by December: CDC director

Infectious disease expert Dr. Matt McCarthy reacts to the news and says frontline workers will most likely be vaccinated first.

The airline industry is readying its fleet to help deliver shipments of the forthcoming COVID-19 vaccines pending approval from health officials.

American Airlines, United and Lufthansa are some of the carriers that have since shared plans to fly the vaccines to their designated destinations on cargo flights, amid mounting logistical challenges for the safe transport and handling of those vaccines.

American Airlines on Monday became the latest carrier to reveal details of test operations designed to transport vaccines from Miami to South America, which began in mid-November.

“The trial flights simulate the conditions required for the COVID-19 vaccine to stress test the thermal packaging and operational handling process that will ultimately ensure it remains stable as it moves across the globe,” wrote the airline in a news release on Monday.

American Airlines has been conducting trial flights to test the integrity of the thermal packaging and operational handling process designed to safely transport a vaccine. (American Airlines)

This past Friday, United Airlines had also delivered shipments of the Pfizer vaccine candidate to multiple destinations, with the intention of having them available at distribution centers as soon as Food & Drug Administration (FDA) approval is granted, per The Wall Street Journal. The airline was also given permission to transport five times more dry ice than is normally allowed by the FAA, in order to ensure the vaccines are stored at the correct temperature.

In a statement to Fox News, Delta Air Lines confirmed that the carrier had been preparing for the cold shipment of vaccines since "earlier in the summer," and is currently "in discussions with numerous government and industry stakeholders to understand the supply chain requirements for the shipment of COVID-19 vaccines across the globe."

Southwest, too, has also reportedly been looking to use its cargo operation to help in any way it can, per King 5 News.

“Delivering billions of doses of a vaccine that must be transported and stored in a deep-frozen state to the entire world efficiently will involve hugely complex logistical challenges across the supply chain,” said Alexandre de Juniac, the CEO of the International Air Transport Association (IATA), in a press release issued in November.

“While the immediate challenge is the implementation of COVID-19 testing measures to re-open borders without quarantine, we must be prepared for when a vaccine is ready.”

The IATA, which counts around 290 of the world’s carriers as members, had also identified a number of other challenges for distributing the vaccine, including concerns over the refrigeration capacity of distribution facilities on the delivering end of the shipments, as well the availability of air-connectivity channels across international borders and the requirement to keep shipments secure from “tampering and theft.”

Other challenges include the transportation of vaccines in cargo areas of aircraft that are not primarily designed for the transport of cargo. (Many major commercial airlines move cargo in the unused areas of its passenger cargo space.) Many of the larger planes that usually operate internationally had been grounded amid the pandemic, too.

Across the globe, larger airline operations, such as those represented by the Lufthansa Group, Air France-KLM and Korean Air, have been readying their freight operations to carry the vaccines, some for months now.

As noted by American Airlines, however, tasks such as this are not completely “new” to the industry, as airlines have stepped up to deliver personal protective equipment and testing equipment since the beginning of the pandemic.

“Despite the significant challenges the airline industry is facing, we’re working night and day to put our greatest strengths to use during this time of need — our network, our aircraft and our incredible team,” said Jessica Tyler, the president of American Airlines’ cargo operations.