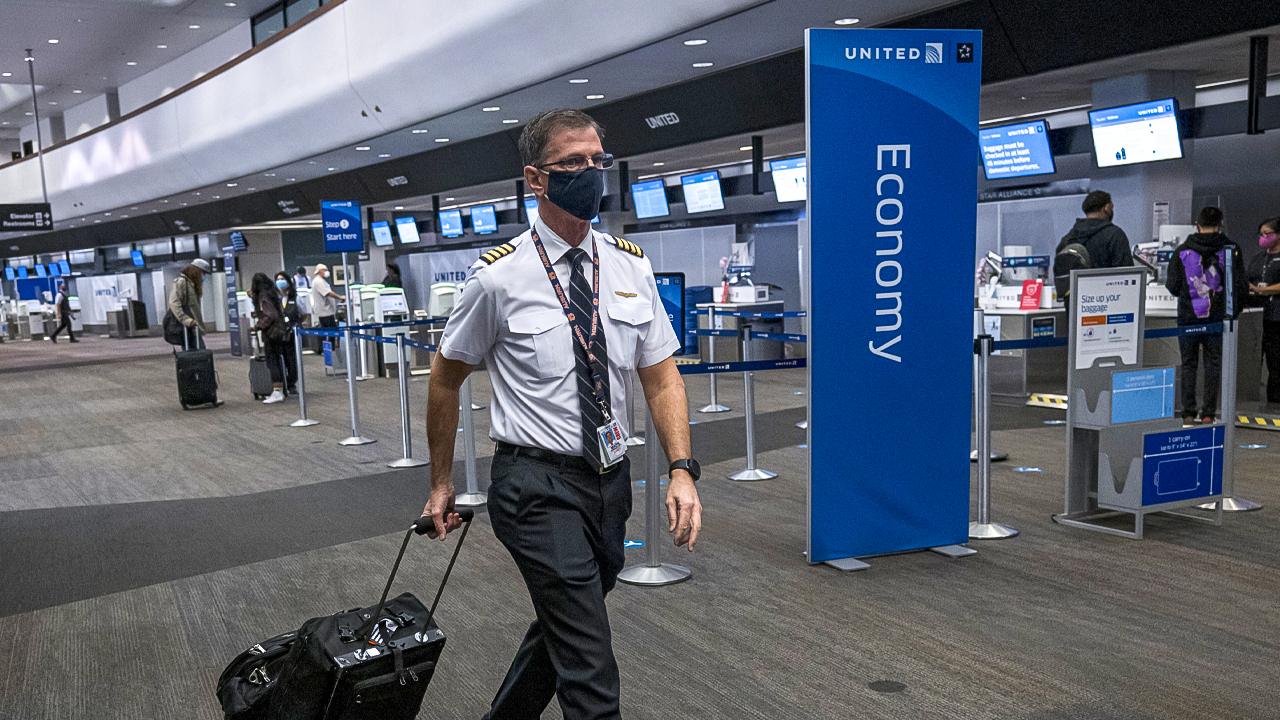 Bad weather isn't the only thing disrupting flights across the airline industry.

In recent weeks, major U.S. carriers have blamed an "unusually high number" of delays and cancelations on unprecedented weather at some of their biggest hubs.

The other issue, however, is the fact that pilots need to be retrained.

"Airline training departments must deal with increased flight schedules" now that passengers are rushing back to airports, a spokesperson for the Air Line Pilots Association (ALPA), the largest airline pilot union in the world, told FOX Business in a statement.

ALPA further noted that "most [airline training departments] should be able to predict and respond appropriately to retraining demands" in order to keep pace with the recent surge in leisure travel.

ALPA clarified that this doesn't mean there is a shortage of pilots.

"Throughout the pandemic, ALPA fought for passage of the [Payroll Support Program] PSP, not only to help save jobs, but also to position the airline industry for success once the economy started to recover and flying demand increased," the ALPA spokesperson said. "Rather than massive layoffs, airlines were able to keep pilots on the payroll and ensure they were ready to return to flying."

Likewise, Nancy Young, vice president of environmental affairs of Airlines for America, an industry trade organization representing the leading U.S. airlines, noted that although its members are "grateful" for the payroll support program which helped keep the heavily battered industry afloat, there are still a "number of employees on the sidelines."

"They've got to be retrained and we've got to make sure that we've got the numbers matched to the demand as it comes back on … we're working hard on that and all of our members are," Young said earlier this month.

To help, ALPA says it's "actively working with the airlines to ensure that the investments made in our industry help fuel the economic recovery, continue to produce an adequate supply of highly-trained pilots and keep flying safe."

Currently, airlines are working hard to handle the recent uptick in demand after taking a significant financial hit over the past year.

Landson said Southwest is the "only major airline to maintain service at every U.S. airport" served prior to the pandemic and to have "utilized Congressional Payroll Support to maintain staffing," allowing the airline to continue its 50-year history of no layoffs or furloughs.

However, last month "prolonged and widespread thunderstorms and unrelated challenges with technology" created "several days of [an] unusually high number of delays and flight cancelations" for the carrier.

Alan Kasher, Southwest executive vice president of daily operations, told customers that it was a problem impacting the entire industry – not just Southwest.

SOUTHWEST AIRLINES UNDER FIRE FOR DELAYING, CANCELING THOUSANDS OF FLIGHTS

"We’ve been experiencing relentless summer storms across many parts of our country, including some of our busier airports, which has introduced a greater amount of delay than we traditionally see this time of year," Kasher said. "This has impacted the entire airline industry."

American Airlines was another affected airline.

That, "combined with the labor shortages some of our vendors are contending with and the incredibly quick ramp up of customer demand" forced the carrier to adjust a "fraction" of its flight schedules in July.