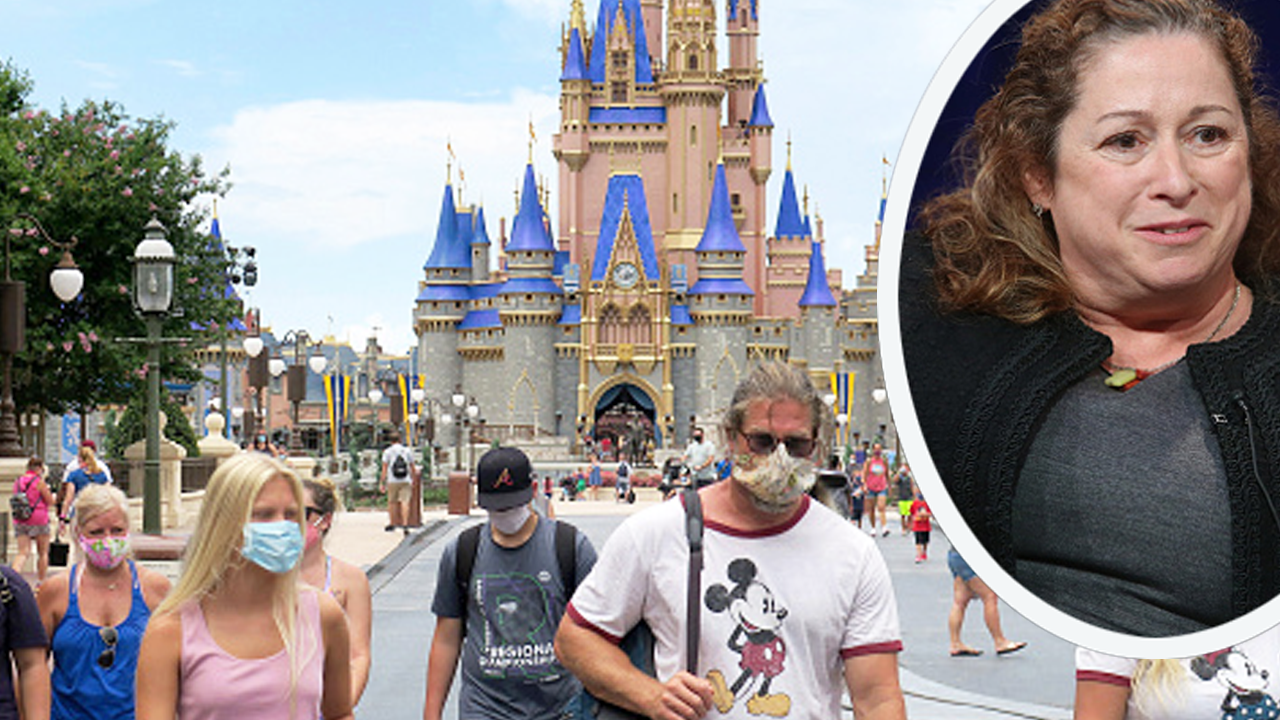 Walt Disney Company heiress Abigail Disney continued to criticize the company this week, calling out company executives for their compensation and questioning the safety of reopening theme parks as the coronavirus continues to spread.

The granddaughter of Disney co-founder Roy Disney, speaking on Yahoo Finance’s The First Trade this week, shared concern for the health of workers and visitors as guests return to the parks. The Walt Disney World Resort parks in Florida had all reopened as of Wednesday, with some safety measures in place.

“It is strange to me they would get into this situation by opening up this massive enterprise – for which people fly from everywhere in the world to go,” Abigail Disney said on the program. “So I am incredibly concerned about the implications of what is going to happen. I can’t imagine they’re able to protect their employees and all of their customers.”

AT DISNEY WORLD: NO MASK, NO ON-RIDE PHOTOS

A Disney spokesperson told FOX Business the company has "prioritized the health and safety of our cast members and guests and are taking a responsible approach to reopening" using guidance from health officials.

"These health and safety measures include a mandatory mask policy, temperature screenings, increased cleaning and disinfecting, and capacity restrictions to promote social distancing," the spokesperson said.

There will be no meet-and-greets with costumed characters, parades or firework displays, according to the company.

Abigail Disney previously criticized the company for furloughing workers when the pandemic forced parks to close. But now she said she had spoken to some California Disneyland workers who have asthma and don’t know what to do if they’re called back to work because they’re at greater risk of serious health consequences if they catch COVID-19.

The Anaheim, California, park had been slated to reopen on July 17. Disney has since delayed the reopening indefinitely due to the virus.

Disney executives should have forgone pay in order to fund worker salaries during the shutdown, Abigail Disney said.

“I will say that I don’t know how a person sleeps at night given what we know to be – and they know perfectly well – to be the condition of their workers and the insecurity they’re living in now,” she told Yahoo Finance.

Bob Iger, Disney’s executive chair and former CEO, has agreed to take no salary this year and new CEO Bob Chapek had his salary cut in half, according to company SEC filings. However, he still stands to earn millions more in bonus and incentive pay.

Meanwhile, an average Disney park worker makes $11 per hour, Yahoo Finance reported. That pay will bump up to $15 per hour next year per a union agreement.

Furloughing the park workers may have saved Disney $500 million per month during the shutdown, the Financial Times previously reported.