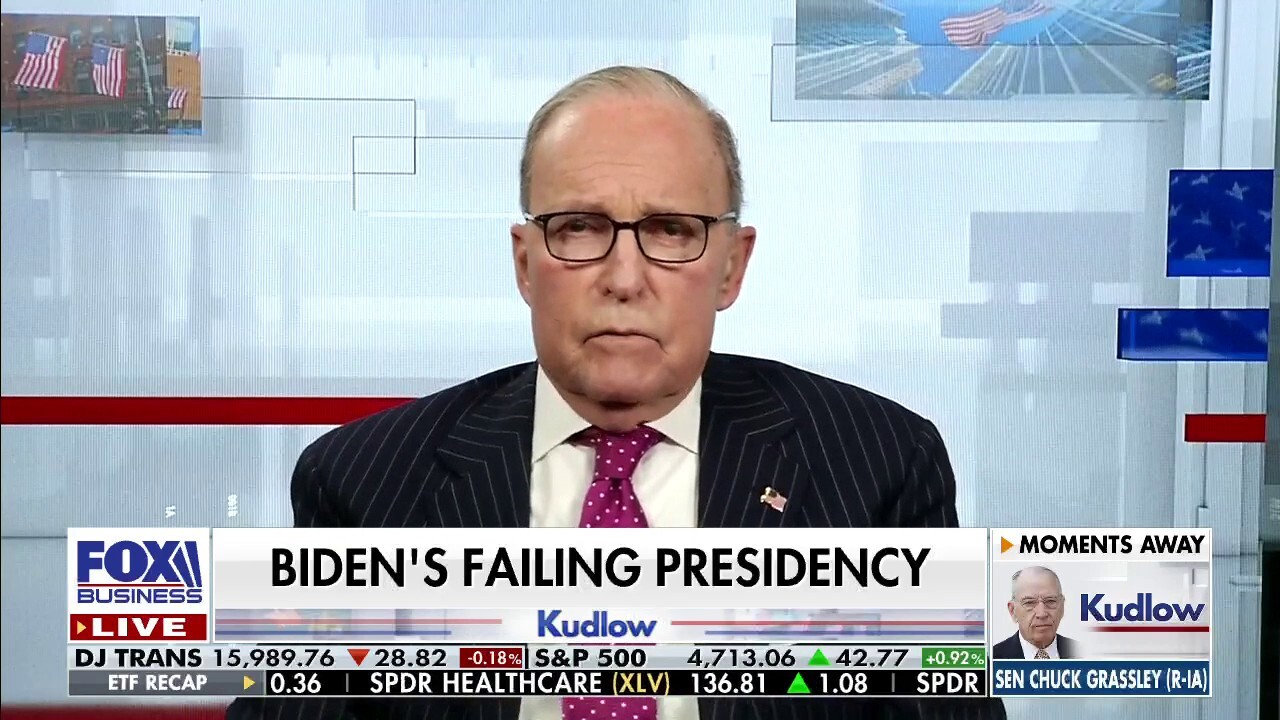 Kudlow: There's no reason for another inflationary spending bill

Earlier today, Senator Joe Manchin stated that he will not support any changes to the legislative filibuster rule – which is a position he has held all year and once again speaks to his consistency in political ad policy terms.

Good for him. Save America. Kill the bill.

Of course, Senator Manchin has buried so-called 'Build Back Better,' Biden's bill for big government socialism. And of course, he has been consistent in that position all year as well.

President Biden is down in Georgia today pushing so-called "election reform" that would nationalize or federalize all elections, despite the constitutional fact that state legislatures have the play. This is all about voter ID. And polls consistently show 70 to 80% of voters across the country support voter ID. This is also about unlimited mail-in voting, which has corrupted recent elections and was originally designed as a temporary COVID measure.

But it was always meant to be temporary, not permanent. Just as in the case of economic policy, the emergency is over. Third-party ballot harvesting - another piece of corruption that must be stopped. And rest assured that state legislatures throughout the country are not going to bend to the radical left-wing whims of the Biden administration.

In a similar way, because the emergency is over, there is simply no reason for yet another inflationary social spending and taxing bill. We didn't need the $2 trillion last winter, and we don't need another $5 trillion now. It's bad enough inflation is running at 7% and may still move higher.

Even Fed head, Jay Powell, finally acknowledged today that the emergency is over and the economy no longer needs aggressive stimulus. Just like the Biden administration, Mr. Powell is a year late in discovering reality.

From the very beginning, Joe Manchin has correctly argued that more government spending and Fed pump priming was a recipe for higher inflation.

Following the foreign policy catastrophe in Afghanistan, and in the midst of another crisis, this time with Russia in the Ukraine, is Biden's failed foreign policy agenda, being accompanied by his failed domestic economic agenda. In just under a year his presidency has unraveled.

Now the question is whether Biden will start firing his senior staff and embark on a new agenda emphasizing "America First" strength at home and abroad or whether he will continue to sink deeper into the failures that continue to surround and absorb him.

We will see. But I can report tonight, Save America. Kill the bill.

This article is adapted from Larry Kudlow's opening commentary on the Jan. 11, 2022 edition of "Kudlow."