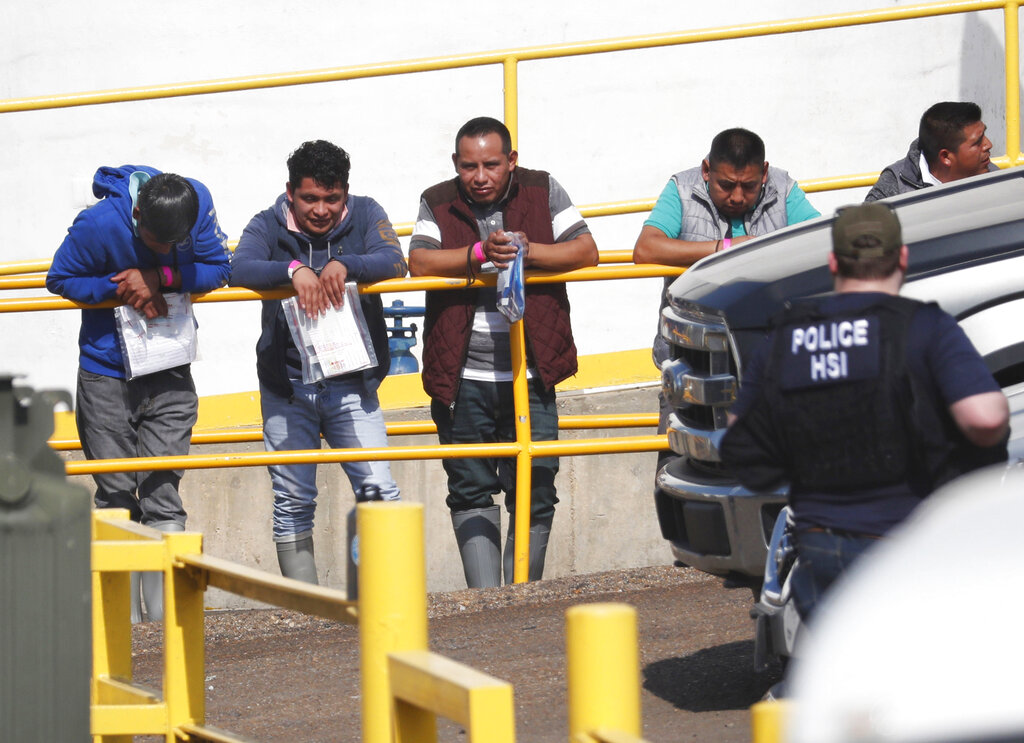 The announcement by U.S. Attorney Mike Hurst and the acting director of U.S. Immigration and Customs Enforcement, Matt Albence, comes a day before the one-year anniversary of the raids in which 680 people were arrested at seven poultry plants in central Mississippi. It was one of the largest workplace immigration raids in the U.S. in the past decade.

None of the four people from the newly unsealed indictments were arrested on the day of the raids, said Hurst, who is the U.S. attorney for south Mississippi. He said they worked as managers, supervisors, or human resources employees.

Two people from the indictments unsealed Thursday — Salvador Delgado-Nieves and Iris Villalon — worked at A&B Inc., a plant in Pelahatchie.

Delgado-Nieves was charged with harboring illegal immigrants and helping them falsely present themselves as U.S. citizens. He was also charged with helping immigrants obtain false Social Security cards and of making false statements to law enforcement.

Prosecutors said the conviction would carry up to 74 years in prison and $2.5 million in fines.

Villalon was charged with harboring illegal immigrants and making false statements about hiring immigrants without proper documentation. Conviction would carry up to 20 years in prison and $750,000 in fines, Hurst said.

The two others indicted — Carolyn Johnson and Aubrey Willis — worked for Pearl River Foods LLC in Carthage. According to Thursday’s indictment, Johnson was a human resources manager, and Willis was a manager of the plant.

Johnson was charged with harboring people illegal immigrants, wire fraud, and aggravated identity theft. Conviction on all charges would carry up to 84 years in prison and $2.25 million in fines, Hurst said.

Willis was charged with harboring people in the U.S. illegally. Conviction on all charges would carry a maximum of 50 years in prison and $1.25 million in fines, Hurst said.

It was not immediately clear if any of the four people indicted has an attorney who could speak on their behalf.