Ahead of the 2020 presidential election, most voters agree: Health care is the most important issue.

But when it comes to which candidate to support — there are 23 Democrats currently seeking the nomination, making it the largest presidential primary in the modern political era — voters are unsure who best aligns with their own views on health care, according to a poll published on Thursday by Monmouth University.

Voters’ uncertainty comes amid a sharp policy divide in the Democratic Party, as candidates spar over whether to support Medicare for All — endorsed by Sens. Elizabeth Warren, D-Mass., and Bernie Sanders, I-Vt., — or whether to maintain some type of mixture of private and public health insurance, supported by former Vice President Joe Biden and Sen. Kamala Harris, D-Calif.

According to the poll, about 28 percent of likely Iowa caucusgoers believe they align most closely with Biden, the party’s front-runner, on the issue.

WHICH 2020 DEMOCRATS SUPPORT MEDICARE FOR ALL?
TRUMP ADMINISTRATION MIGHT REQUIRE HOSPITALS TO REVEAL DISCOUNTED PRICES THEY GIVE INSURERS

Biden, who has painted himself as a stalwart of the Obama administration, favors building on the Affordable Care Act, which is currently in legal limbo. He wants to preserve popular parts of ObamaCare, like Medicaid expansion and protection for people with pre-existing conditions, while also adding a government-run public insurance option. Biden estimated that his plan, which he would fund by reversing parts of President Donald Trump’s tax overhaul, will cost $750 billion over a decade.

Trailing Biden in both the polls and the percentage of voters who align with their health care vision — 20 percent — are Sanders and Warren, who support shifting to a single-payer health insurance system.

Under the plan that the Vermont independent and self-described Democratic socialist rolled out in 2017, the federal government would finance health care costs for people across the board, although individuals would still be on the hook for some out-of-pocket costs. During the first debate, he admitted that middle-class taxes would rise in order to pay for the proposal — but defended the increase, saying insurance premiums were essentially another type of tax. 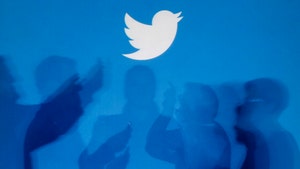 During the first Democratic debate, Warren said she endorsed that plan: “I’m with Bernie on Medicare for All,” she said.

Behind the three top-polling candidates is Harris. According to Monmouth, about 9 percent of candidates think her health care plan, which she rolled out last week, aligns the best with their own vision. Harris’s plan would shift the country to a government-run health insurance system over 10 years, but private insurers would still be able to compete within it.

"I designed a plan where, yes, responsive to the needs of American families, there will be a public plan and a private plan," she said during the second Democratic debate in Detroit.

Overall, though, a large chunk of voters don’t think their own health care plan aligns with any of the Democratic candidates. More than a quarter — 28 percent — said they don’t know whose platform is aligned with their own health coverage policy position.

“Many voters remain confused on the single most important domestic policy issue of the 2020 race,” said Patrick Murray, director of the Independent Monmouth Polling Institute. "The Medicare for All crowd has their champions, but the vast majority of voters who want a public option are all over the place."

"Last month’s debates do not appear to have clarified where the candidates stand on health care,” Murray said.