Consumer products giant Johnson & Johnson was a "kingpin" company that helped fuel the most devastating public health crisis in Oklahoma history, the state's attorney general argued Monday during the close of his case against the opioid drug manufacturer.

Attorneys for the state maintain the company and its subsidiaries created a public nuisance by launching a "cunning, cynical and deceitful" marketing campaign that overstated the benefits of opioid drugs for treating chronic pain and understated the risk of addiction.

"There was a simple reason for the crisis: greed," Attorney General Mike Hunter said. "The greed of the pharmaceutical companies caused the crisis."

After closing arguments, Cleveland County District Judge Thad Balkman is expected to take the case under advisement and issue a ruling later. 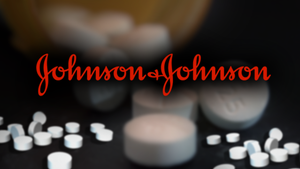 The drug company requested to be removed from a lawsuit that would hold them responsible for Oklahoma’s opioid epidemic.

Oklahoma's case is being closely watched because it's the first state case to proceed to trial. It could help shape negotiations over roughly 1,500 similar lawsuits filed by state, local and tribal governments that have been consolidated before a federal judge in Ohio.

Attorneys for the state outlined a plan developed by Oklahoma mental health and addiction specialists to abate the opioid crisis that would range between $12.6 billion for 20 years or $17.5 billion over 30 years.

The New Brunswick, New Jersey-based Johnson & Johnson and its subsidiaries, including Janssen Pharmaceuticals, argue they participated in a lawful and strictly-regulated industry and that their marketed products represent only a tiny fraction of the opioids used in Oklahoma. The company says the state's estimate to abate the crisis is wildly overinflated.

Larry Ottoway, an attorney for the company, said opioid drugs serve a critical health need — to address chronic pain that affects thousands of Oklahomans every day.

Before the start of the trial on May 28, Oklahoma reached a $270 million settlement with Oxycontin-maker Purdue Pharma and an $85 million deal with Israeli-owned Teva Pharmaceutical Industries Ltd.