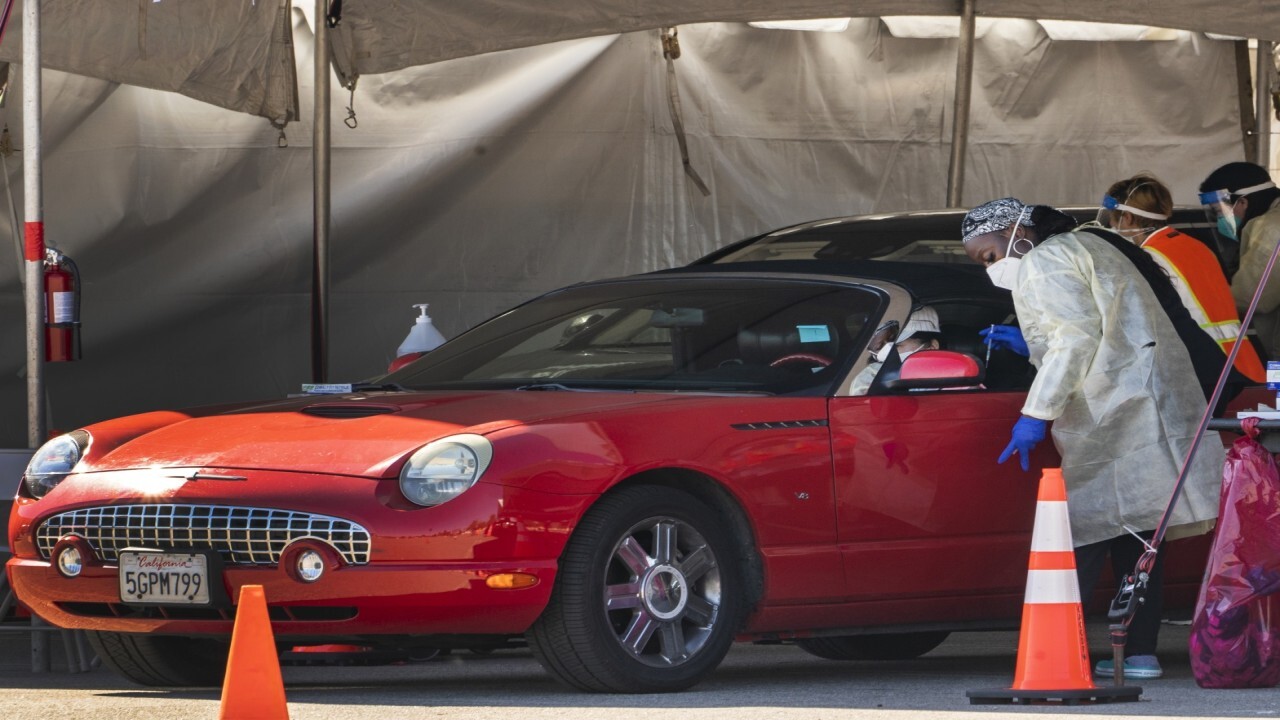 Amid international competition for limited supplies of the shots needed to end the pandemic, AstraZeneca said on Wednesday the drugmaker was offering targets, not firm commitments to the European Union in its deal.

Rejecting the EU’s assertion that the company was failing to honor its commitments, AstraZeneca Chief Executive Pascal Soriot said the company was unable to meet its marks in its contract with the 27-nation bloc because of problems in rapidly expanding production capacity.

“Our contract is not a contractual commitment, it’s a best effort,” Soriot said in an interview with the Italian newspaper La Repubblica. “Basically, we said we’re going to try our best, but we can’t guarantee we’re going to succeed. In fact, getting there, we are a little bit delayed.”

Stella Kyriakides, the European Commissioner for health and food safety, rejected Soriot’s explanation for the delays, saying that “not being able to ensure manufacturing capacity is against the letter and spirit of our agreement.”

Kyriakides said AstraZeneca should provide vaccines from its U.K. facilities if it is unable to meet commitments from factories in the EU. The comments are certain to create tension in the U.K., which completed its exit from the bloc of 450 million people less than a month ago.

“I call on AstraZeneca to engage fully to rebuild trust, to provide complete information and to live up to its contractual, societal and moral obligations,” Kyriakides said at a media briefing in Brussels.

The EU’s contract with AstraZeneca is confidential and can’t be released without the agreement of both sides. The EU has asked AstraZeneca for permission to release the contract, Kyriakides said.

Soriot said AstraZeneca had to reduce deliveries to the EU because plants in Europe had lower than expected yields from the biological process used to produce the vaccine. This has also happened in other regions as AstraZeneca sought to rapidly expand production capacity to meet demands from countries battling the pandemic.

“We’ve also had teething issues like this in the U.K. supply chain,” Soriot said. “But the U.K. contract was signed three months before the European vaccine deal, so with the U.K. we have had an extra three months to fix all the glitches we experienced. As for Europe, we are three months behind in fixing those glitches.”

AstraZeneca said last week that it planned to cut initial deliveries in the EU to 31 million doses from 80 million due to reduced yields from its manufacturing plants in Europe. The EU claimed Wednesday that it will receive even less than that — just one quarter of the doses that member states were supposed to get during January-March 2021.

The EU says it expects the company to deliver the full amount on time, and on Monday threatened to put export controls on all vaccines made in its territory.

Overall, the 27-nation EU, a collection of many of the richest countries in the world — most with a universal health care system to boot — is not faring well in comparison to countries like Israel and the United Kingdom. Even the United States, whose response to the pandemic has otherwise been widely criticized and where tens of thousands of appointments for shots have been canceled because of vaccine shortages, appears to be moving faster.

While Israel has given at least one shot of a two-dose vaccine to over 40% of its population and that figure in Britain is 10%, the EU total stands at just over 2%.

“We reject the logic of first come, first served,” Kyriakides said. “That may work at the neighborhood butchers, but not in contracts and not in our advance purchase agreements. There’s no priority clause in the advanced purchase agreement.”

The shortfall in planned deliveries of the AstraZeneca vaccine is coming at the same time as a slowdown in the distribution of Pfizer-BioNTech shots as Pfizer upgrades production facilities at a plant in Belgium.

“There are a lot of emotions running in this process right now, and I can understand it: people want vaccine,” Soriot said. “I want the vaccine too, I want it today. But, at the end of the day, it’s a complicated process.″