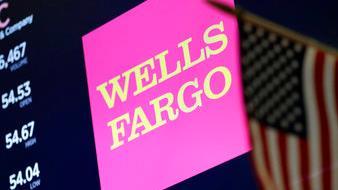 Wells Fargo plans to decrease headcount by up to 10%

Wells Fargo plans to reduce its workforce by up to 10% over the next three years in order to meet customer needs and improve operations. FBN’s Liz Claman with more.

Citing people familiar with the matter, the Journal said the bank is firing district managers in an attempt to convince regulators it is fixing problems in the aftermath of the revelation that employees opened millions of fake accounts for customers without their knowledge or approval.

Regional managers reportedly oversee as many as 15 retail branches.

In 2016, Wells Fargo came under fire for opening millions of accounts for customers, which they did not know of nor request, as employees came under intense pressure to meet sales targets. More than 5,000 employees were fired as a result.

Wells Fargo plans to slash headcount in the next 3 years

The bank has suffered numerous public scandals since the 2016 incident.

For example, in August, the U.S. attorney’s office in California fined the company $2 billion for misrepresenting loan quality for mortgages it sold in the run-up to the financial crisis.

In April, the Consumer Financial Protection Bureau slapped the bank with a record $1 billion fine for misbehavior in its auto and mortgage businesses, like charging customers for auto insurance they didn’t need, or pushing some to default on their loans and lose their cars through repossession.

The bank, which is restructuring, announced in September that it would reduce headcount by as much as 10 percent.