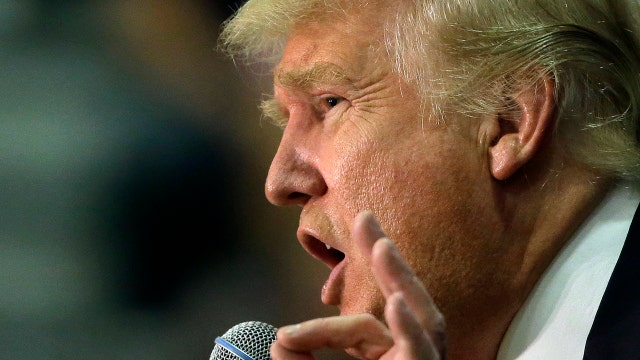 Trump: I would probably get along with Putin

“The problem is we have no leadership in this country,” Trump said. “When I speak, I’m also speaking a little bit that we’re going to have to live for another year and a half with our current administration. Our current administration truly doesn’t have a clue. This happened -- I mean, if you looked last week, he [Obama] meets with Putin, everything seemed to be fine and then Putin goes ahead and does this and Obama is in a state of shock.”

However, Trump said he believes he would be able to get along with Putin and “might even have a decent relationship.”

Out of all candidates running for president in 2016, the real estate tycoon believes he has what it takes to fix many of the problems America is facing today.

“I believe that I’m the person that will certainly do the best job. I will do a great job.  I know exactly -- I know all the weak spots, I know the strong spots, I know what I’m doing.  I’m very good at this.”