Last year was the best year in trucking volume history. But in 2019, more than 33 percent of Class 8 trucking miles are empty because of a shortage of truck drivers. 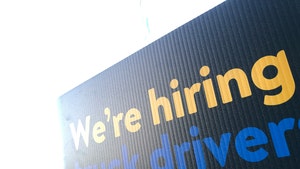 Why the shortage? Reportedly, they can't seem to find enough qualified drivers who have a clean driving record and who can pass a drug test.

"There's a lot of things that cause it," Costello clarified. "There's no doubt we have seen, even though the positive rates on marijuana are still very low, they have gone up. And even in states like Colorado, they've gone up even more."

He said he knew of a company that had to shut down a terminal in Colorado because they could not get enough employees who could pass a drug test.

"It is a problem," Costello admitted.

He made sure to mention it's more than that, though. Finding people who are willing to go out on the road for an extended period of time is difficult as well.

We have a great job that pays really good wages for people who don't have a college education.

"But we have a great job that pays really good wages for people who don't have a college education," Costello said.

While some drivers in the industry can earn in the $60,000 to $70,000 range, those with fewer qualifications or experience can earn less. 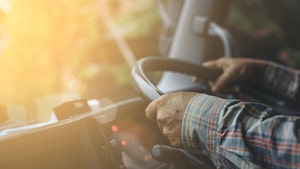 Costello said this year is looking brighter than though because the trucking volume is lower this year.

"Pay is going up," Costello told FOX Business. "I don't care what you're short. You're short any product, what happens to the price? It goes up. That's been happening with truck drivers. That'll help attract some in."

Costello said trucking is doing really well and has a strong future, despite this current soft patch.