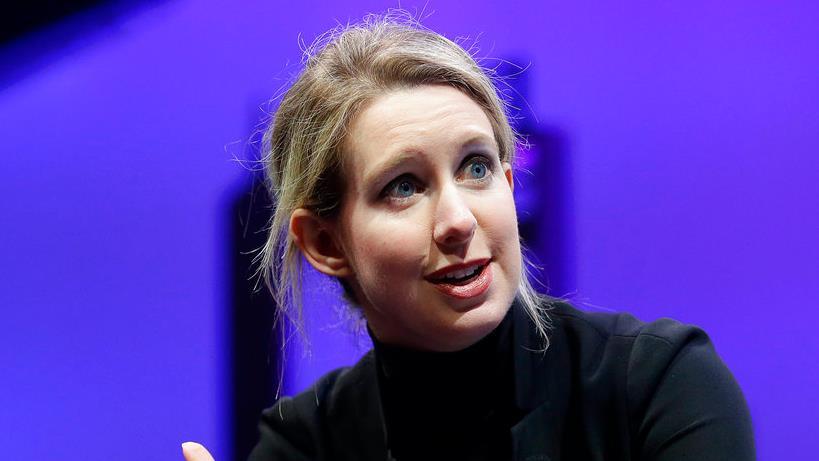 Theranos founder and CEO Elizabeth Holmes is being charged with “massive fraud” by the SEC.

Healthcare technology company Theranos’ troubles have been brewing from within for years, just ask its employees.

Theranos, founder Elizabeth Holmes and former president Ramesh “Sunny” Balwani were charged by the Securities and Exchange Commission (SEC) with “massive fraud” on Wednesday, after allegedly lying about one of the healthcare technology company’s key technologies. Holmes and Balwani are charged with raising more than $700 million from investors through a fraudulent scheme that took place over the course of years.

While problems were brewing at the once bright Silicon Valley startup, some employees warned of bubbling issues on anonymous work review website Glassdoor.

There are positive reviews of worker experiences at the company, with the overall rating set at 2.9 out of 5 stars. Still, many of the 121 reviews focused on the alleged fraud that lost the company both revenue and partnerships.

Here are some warning signs given by employees, prior to the SEC charges.

“The recent WSJ allegation is 100% true. I worked on the device before. The device is completely a junk. The poor design is even worse than my grad school project. It had and will never worked.

"Everyone I know has quitted the company.”

“Coming here with the hopes and dreams that you were really part of something bigger. Possibly changing health care. Only to find out it was a big scam. Nothing worked. It was all a bunch of over hyped lies and deceptions.”

“no scientific integrity, not data driven (going into experiments with a wanted outcome and ignoring any data that shows otherwise), being put on projects that are clearly only PR driven, no attention to obvious glaring issues with the technology, upper management taking shortcuts…”

“Unsalvageable sadly. Most say the definition of insanity is repeating the same behavior and expecting a different outcome. No one who was responsible for sailing this company into the iceberg has been held accountable or even constructively criticized. Good luck with the next iteration of technology; it probably won't be welcomed nor trusted by the market. Theranos does not deserve to be blindly endorsed nor trusted …”

“Too many things hidden from employees. Company was struggling to figure out their many accusations and avoiding lawsuits.”

“Good colleagues, but not a legitimate business”

“Read WSJ, that says it all”

“What a wild ride”

“Can a canoe sinking in the middle of an ocean without a paddle or inkling of hope really recover?”

“Are there any adults in the room?”

“There is zero direction or structure, the quality and regulatory systems and knowledge and compliance thereof is almost nil. SCARY … Elizabeth Holmes should have stepped aside to let someone capable run her company long ago, and it may have survived. But she has too much ego and Elizabeth Inc. will go down in a sputtering flame, at the expense of many brilliant and underappreciated and directionless employees that she doesn't give a damn about. It is a FRAUD, to investors, to the public and patients, and deeply to employees.”

“…From day 1, an unnerving feeling I’d joined a cult (like an observer not yet brainwashed) that only escalated in sinister intensity until my last day. Most management served with steadfast commitment to perpetuating all the necessary pretenses and myths so as to placate execs, as the truth was always some variant of game changer/deal breaker/scientific paradigm un-re-definer. That culture almost invalidated the … entire concept of logic and the related prospect of reasoning, which remained beyond the feeble grasp of most inhabitants of this carefully crafted, painfully distorted alternate reality.”

Note: Glassdoor reviews are anonymous and therefore could be falsified. However the company claims it verifies users via email addresses and has a two-step moderation system as well as algorithms and filters to try to maintain accuracy levels.