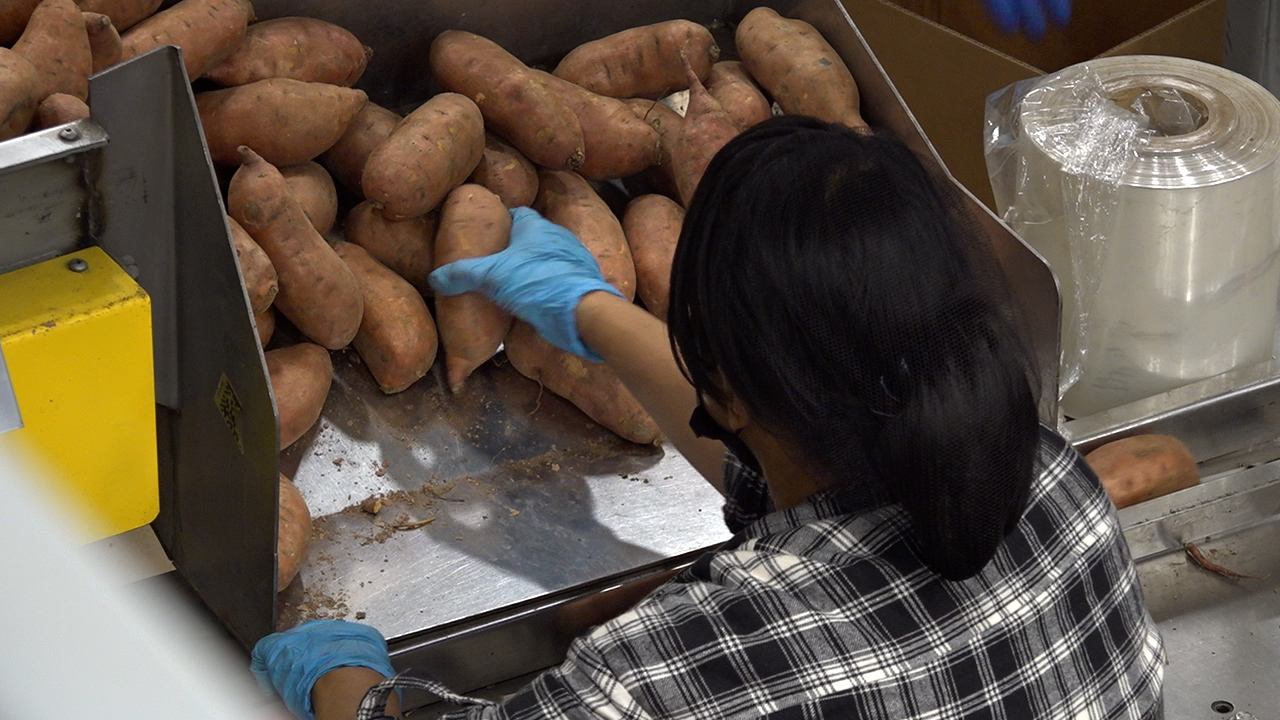 Over 65% of U.S. sweet potatoes are harvested in North Carolina, according to the NC SweetPotato Commission. But will supply chain issues and shipping delays make them more expensive this Thanksgiving?

This year's Thanksgiving dinner is already expected to be expensive due to supply chain issues. Some reports suggest the average cost of the traditional Thanksgiving meal could reach a record.

What does that mean for the traditional sweet potato casserole? Will supply chain issues and shipping delays make the sweet potato more expensive this holiday season? Possibly not.

More than 65% of U.S. sweet potatoes are harvested in North Carolina, according to the NC SweetPotato Commission, but supply chain and shipping issues are adding to an already busy holiday season for sweet potato farmers.

"When COVID comes along and impacts so many businesses that we rely on but have no control over, it makes things scary," said Dewey Scott, vice president of sweet potato operations at Scott Farms, which is headquartered in Lucama, North Carolina.

During the holiday season, Scott Farms, one of the larger U.S. sweet potato harvesters, ships about 2.5 million pounds of sweet potatoes per week. But the 70-person packing facility is still vulnerable to pandemic-related problems.

They also sometimes have trouble shipping sweet potatoes. Scott says there are times that they have had to "cut containers, cut loads to be shipped overseas, simply because there wasn’t a container to put them in."

Linwood Scott, vice president in charge of farming operations at Scott Farms, says the company is concerned about the availability of essentials like fuel and fertilizer. He says the cost to run the company has spiked because of supply chain hangups.

With all this, you might think sweet potatoes will cost a pretty penny this Thanksgiving. But the NC Sweet Potato Commission says otherwise.

"Consumers should expect the pricing for the fresh sweet potatoes that they purchase at the stores for this Thanksgiving meal, to almost be identical to last year’s prices that they paid," said the commission's director, Michelle Grainger.

The Department of Agriculture says the cost of sweet potatoes is rising this year by 6 cents per pound. The extra cents may add up with other popular Thanksgiving items, which is why experts anticipate this could be one of the more expensive Thanksgiving meals on record.

Aaron Liggett, left, makes a toast as Thanksgiving dinner is served, spending it with, clockwise from Aaron, brother Austin and his wife Nina, parents David and Robin Liggett and his wife Michelle and son Waylon, outside his parents home on 9th Stree (Jay L. Clendenin / Los Angeles Times via Getty Images / Getty Images)

The Sweet Potato Commission does not expect any sweet potato shortages at grocery stores nationwide because farms have been working round the clock.

Scott Farms is prepared for this to be the new normal, at least for now.

"Our job is to prepare for that, get through it, and look for better times ahead," Dewey said.