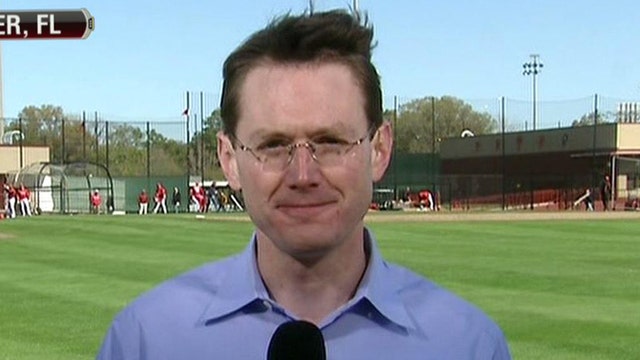 If they fund it, will they come?

The Tampa Bay Rays’ home stadium is often cited as one the worst stadiums in the professional baseball world, but new stadiums are expensive and budgets are tight.

Business leaders in the Tampa Bay area say the city can afford a new stadium for the Rays, a private sports franchise, by raising taxes and getting funding from local governments. But this is a hard sell for the locals who still have a bad taste in their mouths from a major league disaster to the south.

The Miami Marlins just finished a new stadium last year at an estimated cost of a little more than $600 million. More than three-fourths of its costs were funded by taxpayers, and the Securities and Exchange Commission launched an investigation in December over possible violation of federal securities law. What's more, the team then decided to unload all of its highest-paid (and best) players.

“That was a strange deal and I think people paid a price for it,” Tampa Bay Mayor Bob Buckhorn told FOX Business. “I would never do a deal like that. I want to make sure it’s all above board, that the public knows exactly what is in the stadium and that we get it done.”

Proponents of the financing method argue that the short-term tax hikes to fund a new stadium will be more than paid off with the increased tourism and spending in a new stadium. However, Adie Tomer from the Brookings Institution says history suggests otherwise.

“We have definitely seen in the past 20 years that communities have had promises not kept in terms of the amount of construction costs on these stadiums," Tomer told FBN's Rich Edson. "Once things have really started to roll along -- the stands have been made, the teams have moved into them -- it seems that the public is paying more than they ever expected to, and the taxes are lasting longer than they expected.”

The Rays face another potential snag in that they are obligated to play through 2027 at Tropicana Field.

“There is a return if it’s done right and that’s where the three parties coming together is what really matters in how you look at that venture -- but it has to be something that works for government as well as for the team," Tampa Bay Chamber of Commerce CEO Robert Rohrlack, Jr., told FBN.

“It helped revitalize a neighborhood that was formerly a naval pier that’s now a total mixed-use community,” he said. “You have others built with total public financing, maybe in a neighborhood that’s not ready for revitalization, that’s really a sunk cost where benefits are going to go to private team owners but at the public expense.”

He added that the kind of stadium being built will affect the investment, because baseball brings in at least 81 games a season, while the NFL season is much shorter.

“That really affects the kinds of returns you can get. But it’s all about the position of (the stadium) within the urban geography. Is it in a dense location, something where a neighborhood could build up around it? Return new property taxes, let’s say, or sales taxes to local governments? Or is it way out on a suburban fringe? Some of the stadiums we built in the 1970s really didn’t return a lot of value to our communities.”