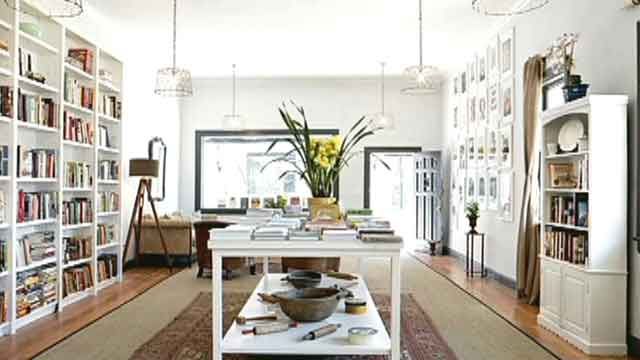 We’re highlighting small businesses from around the country as nominated by you, our readers. If your favorite small business is using Twitter to communicate with customers, let us know about it @fbsmallbiz with the hashtag #mysbc, and it may be featured as an upcoming Small Business Spotlight.

What: Bookshop specializing in literature about food

How: Brad Norton had a cookbook collection of over 4,000 books when he and business partner Bryan Lewis were introduced to Carlye Jane Dougherty. Together they opened a shop dedicated to the “literature of food.”

“I’m very interested in cooking and all things homemaking,” Dougherty said. “Someone described me as very Martha Stewart-like.”

Heirloom Book Company, which has four employees, sells new and collectible cookbooks among other items related to the culinary arts. Norton’s collection filled most of the shelves when the shop first opened. Now some of the vintage cookbooks available in the store come from estate auctions. Heirloom Book Company also hosts one or two events each month to feature chefs who sign cookbooks and make some of their recipes.

“Charleston is a really unique place to have a business like this. This wouldn't work everywhere,” Dougherty said, adding that she would like to expand outside of Charleston. “In terms of clientele, we have a little bit of everything. People with lots of money who can afford really rare, expensive cookbooks. People who are line chefs at local restaurants who save their paychecks to buy the latest books.”

Quote from the owner: “We weren't in business before the economy tanked. We've been really lucky that people have been so responsive to our idea. We knew that our business model couldn't be only selling books. We needed to make it unique—sell new titles, vintage titles. When we opened the shop, we put stuff in that we liked, and people responded.”