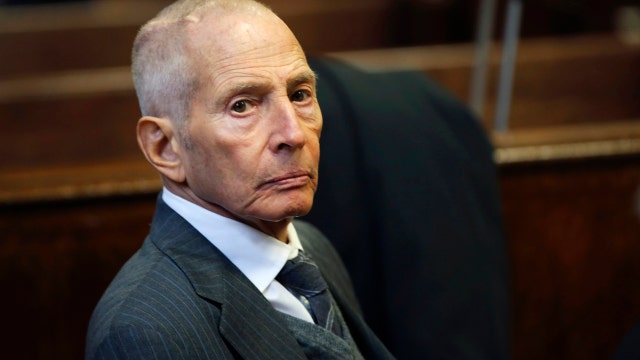 Has Robert Durst gotten away with murder?

Real estate scion Robert Durst is seeking to block potentially damning evidence from his upcoming murder trial by arguing that the police and the HBO documentary-makers who made him notorious were improperly working together to take him down.

Durst is heading to trial for the death of his friend Susan Berman, in Los Angeles, almost 20 years ago. Prosecutors allege that Durst killed Berman because she was on the verge of going to the police about Durst’s alleged involvement in the still-unsolved 1982 disappearance of Durst’s first wife, Kathie. Durst was also acquitted of murder in 2003 in Galveston, Texas.

In a hearing Tuesday, Durst’s defense wants a judge to declare the three filmmakers government "agents," Bloomberg reports. If the judge rules in Durst’s favor, his legal defense might end up being able to keep some of the seemingly incriminating footage of Durst talking during the documentary out of the trial.

Durst was the subject of intense media scrutiny and gained widespread infamy as a result of his involvement in the Emmy-award winning HBO documentary “The Jinx.” Durst was taken into police custody in New Orleans for the 2000 death of Berman in March 2015.

In the final episode of the documentary, Durst made several explosive comments -- such as “there it is, now you’re caught” and “killed them all, of course.”  Durst’s defense says his allegedly incriminating comments were taken out of context.