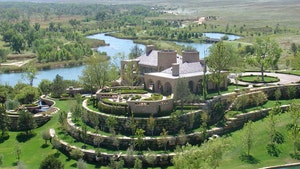 The 89-year-old’s ranch, which has been featured in Architectural Digest, The Land Report and other publications, is known for its wildlife habitat, quail hunting and unique architecture, as well as its miles of creeks and nearby lakes. All together, the home includes a lake house, a lodge, a family house,a pub, a kennel, a chapel, staff housing and its own, private runway and hangar.

Deteriorating health forced Pickens to sell the ranch, he explained, citing fading vision and limited hearing that have forced him to give up many of his passions, including golf and hunting.

“Although the beauty of Mesa Vista remains intact, the ranch roads I have driven thousands of times are now blurred,” he said in the post. “It’s time to embrace and accept that my life has changed.”

Nearly 50 years ago, Pickens, the founder and CEO of BP Capital and TBP Investments Management, began building the ranch up by investing millions in wildlife management, programs and facilities to create “what many believe is the best quail hunting in the world.”

At the time, he undertook efforts to revert the land to “pristine prairie condition” by limiting grazing by cows; now, most of the ranch has not been grazed in more than 20 years.

The hedge fund legend, who is perhaps just as well known as he is for his immense wealth as he is for his charitable contributions, announced that a portion of the asking price would go directly to the T. Boone Pickens Foundation, a nonprofit formed in 2006 that provides grants public policy initiatives including education, medical research, corporate wellness, at-risk youths, and conservation programs. Pickens did not specify how much money would go toward his charity.

“The Mesa Vista has been a labor of love that has occupied the better part of my life,” he said. “And I intend for a lot more good to come from the sale of the ranch.”