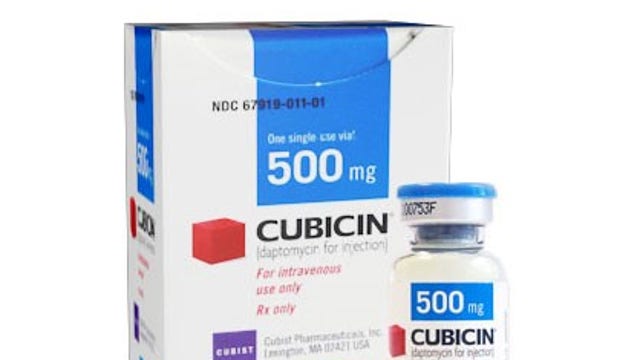 Merck CEO on $8.4B Cubist deal

Merck CEO Kenneth Frazier discusses the motivation behind the $8.4 billion deal to buy Cubist, and the drugmaker’s strategy to constantly look for value-creating opportunities.

The drug behemoth said Monday it will acquire Cubist for $102 a share, a 37% premium over Friday’s closing share price. Excluding the assumption of $1.1 billion in net debt, the deal has an equity value of $8.4 billion.

Merck expects to complete the transaction in the first quarter of 2015. The addition of Cubist will add more than $1 billion to revenue next year and contribute to earnings in 2016, Merck said.

The deal comes amid an effort at Merck to increase the company’s footprint in developing treatments for superbugs. Lexington, Mass.-based Cubist focuses on illnesses that are resistant to many antibiotics. Much of its business comes from hospitals and the treatment of infectious diseases.

Cubist’s main drug is called Cubicin, an intravenous antibiotic that doctors use to cure infections. Cubicin accounts for at least 80% of Cubist’s revenue. The company is forecasting $2 billion in total sales by 2017.

Cubist is also waiting for approval of Zerbaxa, an antibiotic for treating urinary tract infections.

“Combining [Cubist’s] expertise with Merck’s strong capabilities and global reach will enable us to create a stronger position in hospital acute care while addressing critical areas of unmet medical need, such as antibiotic resistance,” Kenneth C. Frazier, Merck’s chairman and chief executive, said in a statement.

Merck, which has put more attention on hospital care, already offers an array of antibiotics and antifungals.

Meanwhile, the U.S. Food and Drug Administration in September applied “fast track” status to Merck’s relebactam, a drug that can fight resistance to penicillin and other antibiotics.

Whitehouse Station, N.J.-based Merck has raised cash through deals like the October sale of its consumer healthcare unit to Bayer, which paid $14 billion.