You may think it's Las Vegas, but it's actually New Jersey.

Sports betting has been legal in Las Vegas since 1949, but a newcomer is now poised to potentially take over as the sports betting capital.

New Jersey only legalized sports betting in June 2018, but from the NFL season (September - January) alone, the state earned $1.5 billion in sports wagers. Nevada took in $2.7 billion in all of 2018. So why do some wager watchers think the Garden State is going to overtake Sin City? 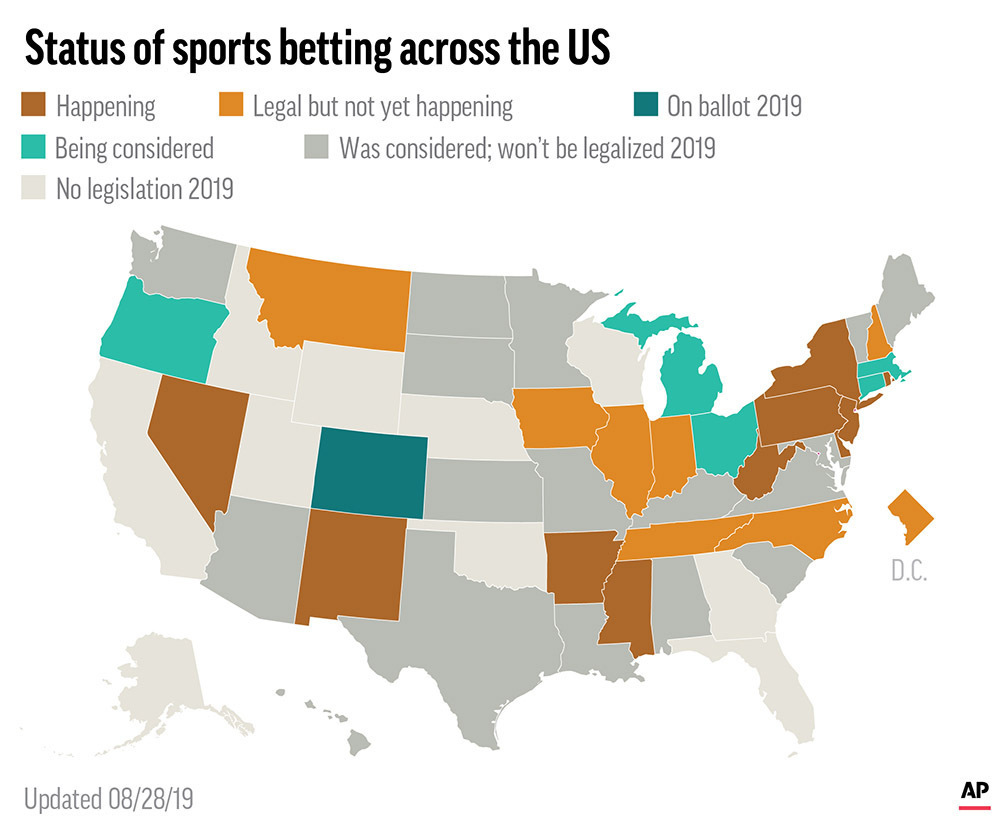 The Garden State first began looking like it was going to take the sports betting crown when it booked $318.9 million of sports bets in May 2019 versus Nevada's $318.3 million that month.

Experts anticipate New Jersey to continue to widen its lead over Vegas during this football season, mostly due to the number of online sports betting sites the state has versus what it had in 2018.