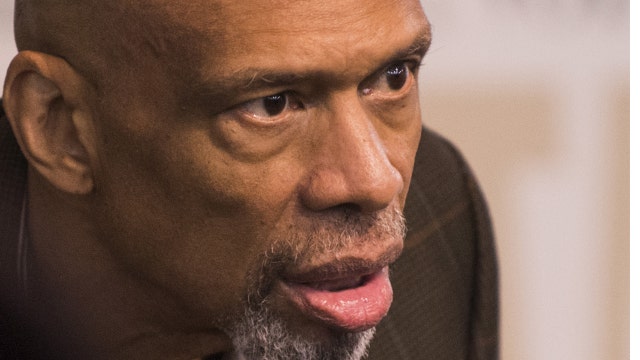 Kareem Abdul-Jabbar: Ben Carson does not support the constitution

“I am not an infidel or a heretic. To be characterized like that is just an expression of bigotry. Americans are judged on their character,” he said.

“When they run for office there is no religious component in qualifying for public office in America. That’s clearly in the constitution… Mr. Carson says we have to support the Constitution, but he doesn’t support the Constitution by denying Muslims the same access to public office as any other person from any other religion. He is clearly distorted and I think a little deranged,” he said.

“I am not an infidel or a heretic. To be characterized like that is just an expression of bigotry. Americans are judged on their character.”

Abdul-Jabbar discussed the process of converting to Islam and expressed his feelings towards Sharia law.

“Sharia law is for Muslims. So if there is a Muslim majority state then it has to be run by Sharia law. But I live in a very diverse country and I have to respect everyone else’s beliefs -- the Koran says that… and unless they are criminals you can’t persecute them on the basis of religion. So people who support their government-- I totally support my government. The United States Constitution protects my rights to practice Islam. That’s the only criteria that Muslims have in being a minority in the country. We have to respect the laws and traditions of America.”

He also commented on race issues in America.

“I have to really go back to a hero of mine, Dr. Martin Luther King, who says we have to judge people on content of their character… everything else doesn’t matter… If you are a good citizen you should have the right to run for public office and contribute to what makes America great. America is great because we are able to assimilate all these people from so many diverse cultures and still step forward and say we’re American.”