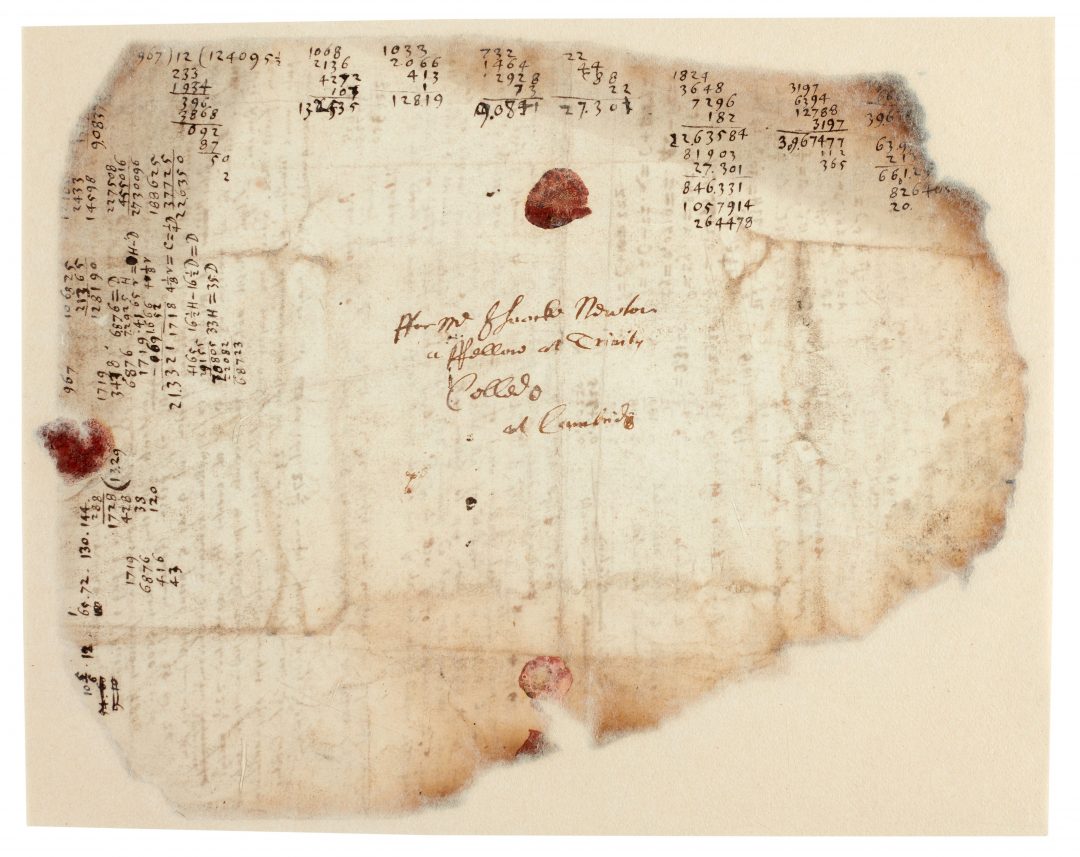 Some of Sir Isaac Newton's unpublished notes, including his discussion of the apocalypse, have sold at auction, for a whopping sum.

The notes, which sold for $503,000 (378,000 British pounds) on Dec. 9 after reaching the reserve requirement for the listing, date back to the 1680s. They discuss a myriad of topics, including ancient units of measurement and the Great Pyramid of Egypt, which he theorized "could lead him to a knowledge of the timing of the Apocalypse," auction house Sotheby's wrote on its website.

"The private papers reveal a side of the scientist that was kept quiet until centuries after his death, his fascination for alchemy," the auction house said in an email to FOX Business.

Sotheby's added that the notes were almost destroyed by Newton's dog, Diamond, who accidentally caused a fire at Newton's desk after knocking over a candle.

RARE APPLE 1, SIGNED BY STEVE WOZNIAK, COULD BE WORTH $400G

The writings were discovered in the 1880s, according to The Sun.

In addition, Newton hoped the pyramids could have provided proof for his Theory of Gravity, as well as the Temple of Solomon, the auction house added.

Having recently been called "the last magician," Newton's notes shed new light on his beliefs on alchemy and theology.

"It was the latter that was the greatest motivation for his research on ancient metrology," Sotheby's added. "Establishing the precise length of the Egyptian cubit would allow him to reconstruct in turn other ancient measures, crucially the sacred cubit of the Hebrews, and so be able to reconstruct with precision a building that was, to Newton, of much greater import even than the Great Pyramid: the Temple of Solomon. Newton's religious beliefs were complex, heterodox, and idiosyncratic."

In the email to FOX Business, Sotheby's explained that Newton never published anything on alchemy or his religious beliefs "because it would have cost him his career."

"However, in these charred papers, the complex web of his interlinking studies into natural philosophy, alchemy and theology all come together," the auction house added. "Newton left such notes behind after his death in the hope that his secret knowledge would reach a receptive readership in future generations."