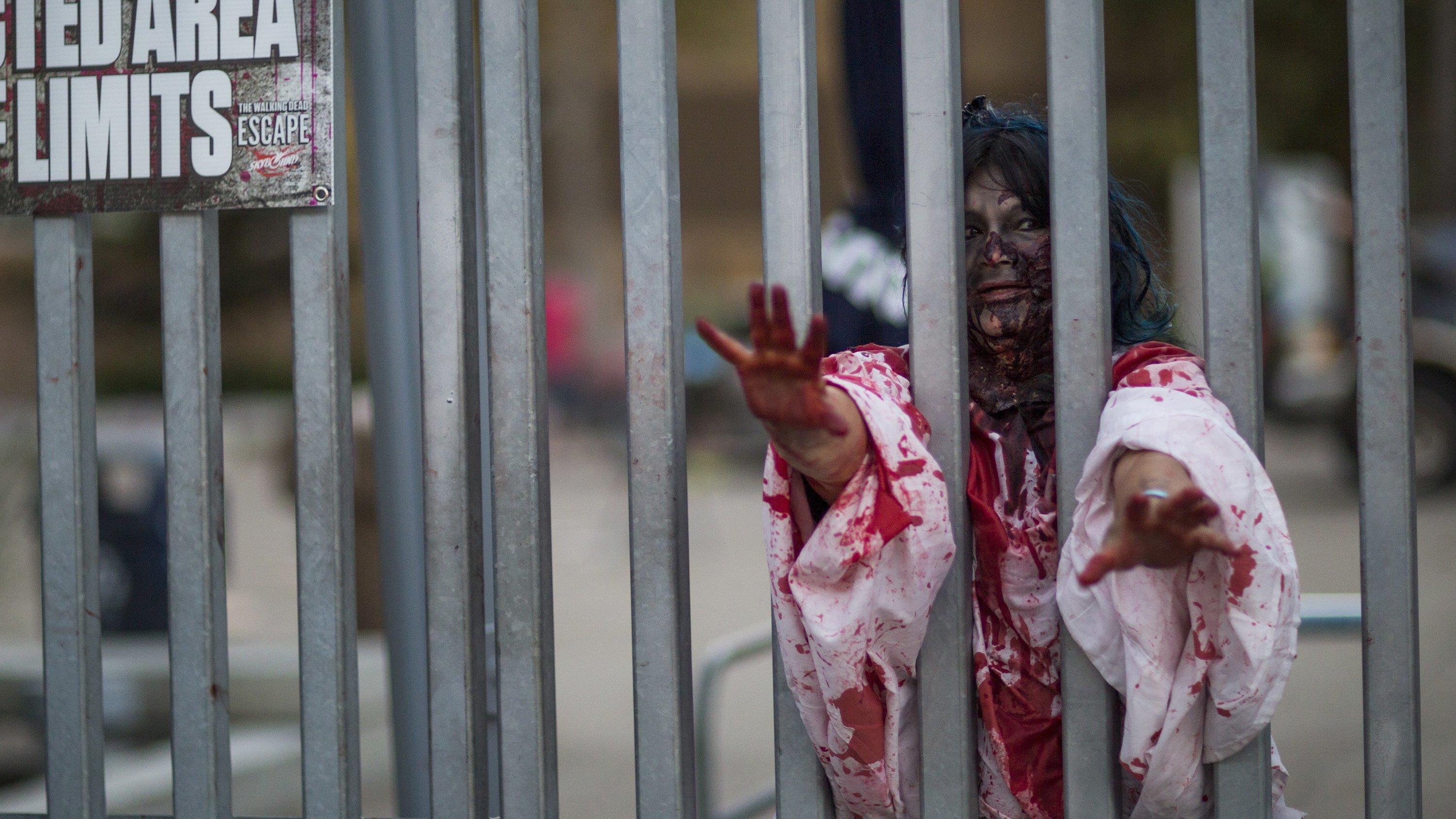 Ahead of the return of the ‘The Walking Dead’ for its seventh season, the show’s executive producer David Alpert weighed in on what to expect from the wildly successful zombie series.

As one of the few remaining shows still seen as “appointment television,” it is so successful it sometimes even beats Sunday Night Football, Alpert discussed what fans can look forward to this season.

“This year we’re really going to take this to a whole other level,” Alpert told the FOX Business Network’s Stuart Varney.

Varney asked, “How do you take a successful show like this to a whole other level? What do you do other than killing off a character or two?”

Alpert said, “Well, we ended last season on a major cliffhanger.  We introduced a new big bill in a guy named Negan who carries a barbed-wire covered bat named Lucille.  And he says that Lucille is a vampire bat and she’s thirsty.  And all of our lead characters are lined up on their knees at the end of the season and he swings that bat at somebody’s head before the season ends, you see blood come at this camera and then we fade to black at the end of season six.”

Varney speculated that scenes such as this one are the key to the show’s popularity, but Alpert had a different take on what draws in viewers.

“I think that what we do is we boil down drama to its very base elements and that people come out and say, ‘I would have done this in that circumstance.’  And it’s very easy to put yourself into that situation. It boils down all the drama into ‘what would I do, and would my decision allow me to live or die.’  And that very basic question is something that I think everybody really can relate to.”

When asked if he allows his children to watch the show, Alpert responded, “My daughter’s six, my son is two, they’re way, way too young.”

Bob Wright on Donald Trump, TV’s future
The Biggest Threat to Television Streaming Services
TV ad battle: Which candidate is spending the most?

Alpert then weighed in on what age he felt was appropriate to watch ‘The Walking Dead.’

“I think you certainly have to be in the double-digits and, you know, as soon as my daughter turns 18 she’s absolutely allowed to watch the show.”