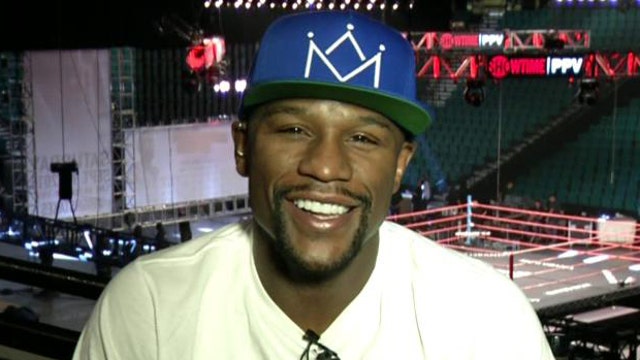 “People have been taking shots at me for many, many years and trying to find different things to taint my legacy,” Mayweather said. “I’m happy with my legacy. I’m happy with what I’ve done for the sport of boxing and I still believe in random blood and urine testing.”

When asked if the upcoming bout with Andre Berto would be his last, Mayweather said: “Number 49… that’s the last fight. I had a great, tremendous career. I’ve done a lot of record-breaking things in my career and I’m happy.”

After his boxing career is over, Mayweather said he wants to continue to work on his brand. “We’re going to take one day at a time,” he said. “We have the Money Team Music Group. The Money Team website is doing well… $10 million a year and growing as of right now.