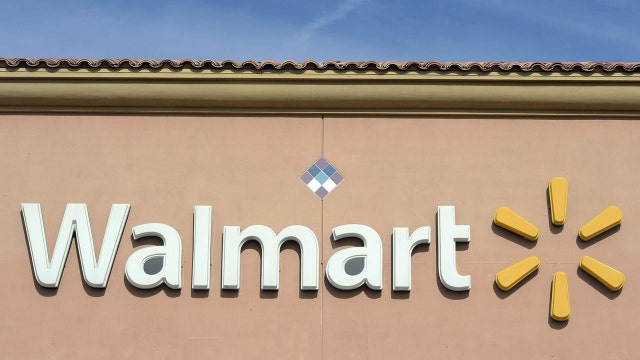 An inside look at Seth Rogen’s new Walmart commercial

Walmart plans to go big at this year’s Oscar’s with three mini films directed by some of Hollywood’s elite.

Forget Oscar-nominated La La Land or even Moonlight—big-box retailer Walmart (NYSE:WMT) hopes to be the one to win big during the 89th Annual Academy Awards on Sunday.

The company has signed up as an official sponsor of Hollywood’s biggest awards night for the first-time, with plans to debut three “one-minute films,” which Walmart says are “not advertisements,” during commercial breaks Sunday night.

"Being a part of the Academy Awards is a great way to connect with our customers in a fresh new way … this is a brand moment for us," Walmart spokeswoman Meggan Kring tells FOX Business.

The company enlisted top Hollywood filmmakers Antoine Fuqua, Marc Forster, Seth Rogen and Evan Goldberg to create the “mini films.” The premise—to take viewers on a journey behind a Walmart receipt, and show what you can learn about a person from the toilet paper and bananas they buy.

"Every day, millions of families visit Walmart to save money and live better. The receipt they walk out the door with says something about their lives. It's tells a story,” Walmart said in a statement.

Walmart said the ad campaign is the first installment of a new large multi-year partnership with the Academy Awards, and the company plans to move its new outreach marketing efforts beyond Tinsel Town down the road.

"As the world's largest brand, and a company that sells just about everything, we plan to be more involved, more engrained in the cultural moments that our customers care about," says Kring.

And brand experts say the out-of-the-box move could pay off big for the discounted retailer, especially since the company is perceived as “low-cost,” but is now being marketed to Hollywood’s elite.

“I think this is a very good move for Walmart because not only does it present their story to a sophisticated and affluent audience that skews female (The Oscars is known in the advertising business as the female Super Bowl), but it also allows the retailer to establish their connection with their higher-income customers on a new level,” Bruce Turkel, brand expert and CEO of Turkel Brands tells FOX Business.

Kait LeDonne, branding expert and Founder of LeDonne Branding and Marketing, agrees the move is bold and unique, but expects that it will cause some backlash, especially on social media.

“I feel it's almost unavoidable that Walmart will get hit with some form of social-media snark, as it's nearly impossible to appease everyone in the Twitterverse. But look, there's a reason channels like Snapchat are highly engaging. It's a platform that allows people to tell stories and narratives about everyday life. In many ways, Walmart is taking this same concept and allowing highly notable filmmakers that same opportunity with exponential exposure,” says LeDonne.