“Boeing is a very strong company, they’ve got a lot of cash flow. They’ve got to fix this issue so that we are sure that it is safe,” Mnuchin told reporters at the White House.

The Chicago-based manufacturer is currently working with the Federal Aviation Administration and global regulators on attaining approval for an additional software fix that led to two deadly crashes that killed a total of 346 passengers. 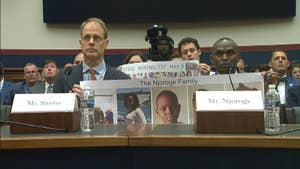 Paul Njoroge, whose family died in the Ethiopian Airlines 737 Max crash, ripped Boeing and the FAA during a testimony before Congress.

Boeing reported a second-quarter loss of $5.21 a share on Wednesday. The company previously said it would take a near $5 billion charge due to the Max jet.