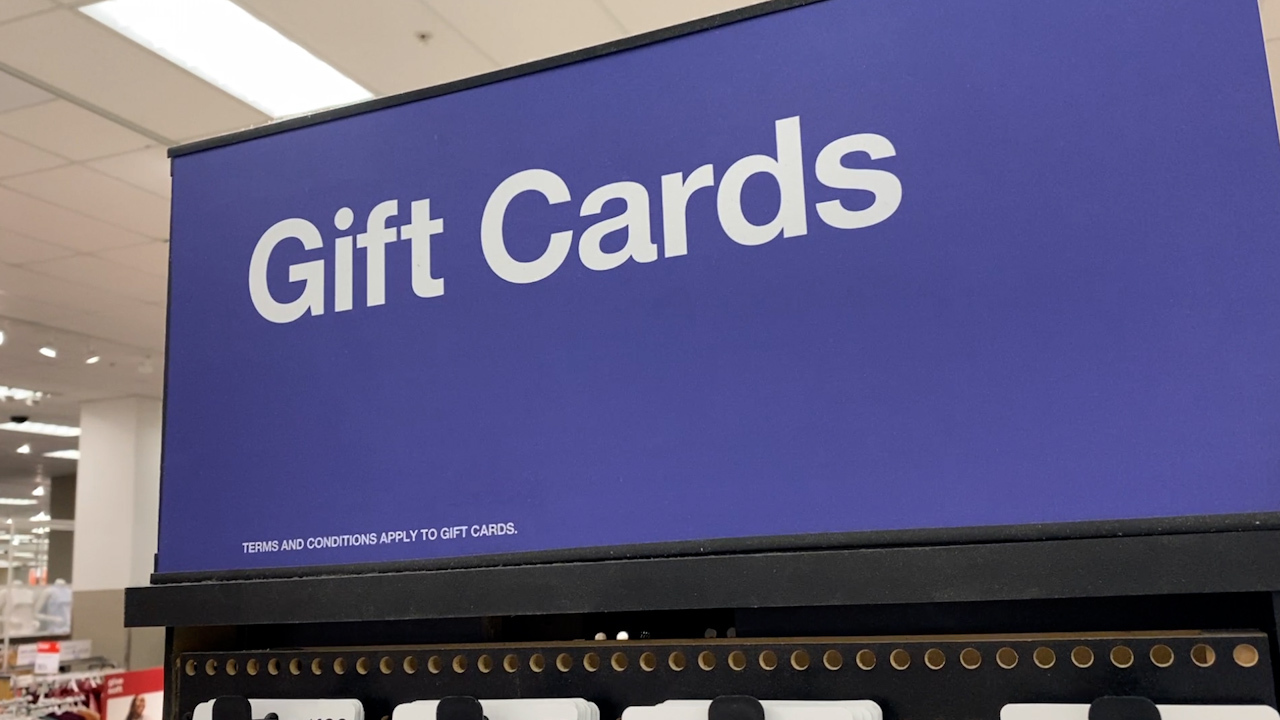 The FBI says thousands of people become a victim of holiday scams every year, and scammers are finding new ways to rob people of their money and personal information. Everything from QR codes, to store-bought gift cards, should be examined with a car

The holiday season is, unfortunately, a great time to be a scammer, according to the National Consumers League.

The FBI says thousands of people become a victim of holiday scams every year, and scammers are finding new ways to rob people of their money and personal information. Everything from QR codes, to store-bought gift cards, should be examined with a careful eye as you shop this holiday season.

"Come to find out you just got scammed out of your money, you're just like, is this happening?" said Desmond Ramey, who experienced a gift card scam earlier in December.

The gift card Ramey bought at a store in Bakersfield, California returned an error message when he tried to use it. So he asked the store manager to look at it.

IDENTITY THEFT: THESE STATES ARE MOST VULNERABLE, REPORT SAYS

FILE- This Dec. 22, 2009, file photo shows a gift card kiosk in New York. If you know you won?t be using a gift card, you can sell them at a number of sites, including CardCash, Cardpool and Giftcard Zen. How much money you get depends on a number of

"She pulls off the barcode and underneath is the original barcode, and she goes, well you have been hit by a scam," Ramey said.

"The fraudsters seem to be one step ahead of the security measures put in place to stop them," said John Breyault, of the National Consumers League.

How does a gift card scam work? Fraudsters usually place their own barcodes over a real gift card barcode. When the card is activated at a retailer, the money is added to the scammer’s card instead of yours. This type of scam isn't new.

Ramey was given a refund and told by the manager that gift cards shouldn’t have a raised bar code like a sticker.

"Just make sure that you feel the back of the card to feel it’s a flat surface," Ramey said.

The FBI says the two most common types of scams during the holidays revolve around buying and selling things online.

For its report, WalletHub analyzed almost 5,000 deals from the Black Friday ad scans of 21 of the largest retailers in the U.S. (iStock) (iStock)

"Either you paid for a service or item and did not receive it, or you sold something and didn't receive payment in exchange," said Donna Gregory, the Unit Chief of FBI’s Internet Crime Complaint Center.

The FBI says those types of online scams cost people $265 million dollars in 2020.

No matter the situation, it’s always smart to double-check a link before you click, and do some basic research on who you are buying or selling to, according to the FBI.

"5 minutes of research can go a long way in preventing you from becoming a victim," Gregory said.

"Scammers will maybe put a fake QR code on a menu or on a sticker attached to the wall or a light post in a high trafficked area," Breyault said, adding that the fake codes often go to malware sites or other pages that seek to steal your information.

The NCL says it's always good to double-check that a link that a QR code sent you to is legitimate. This can be done by reviewing the URL link in your web browser.