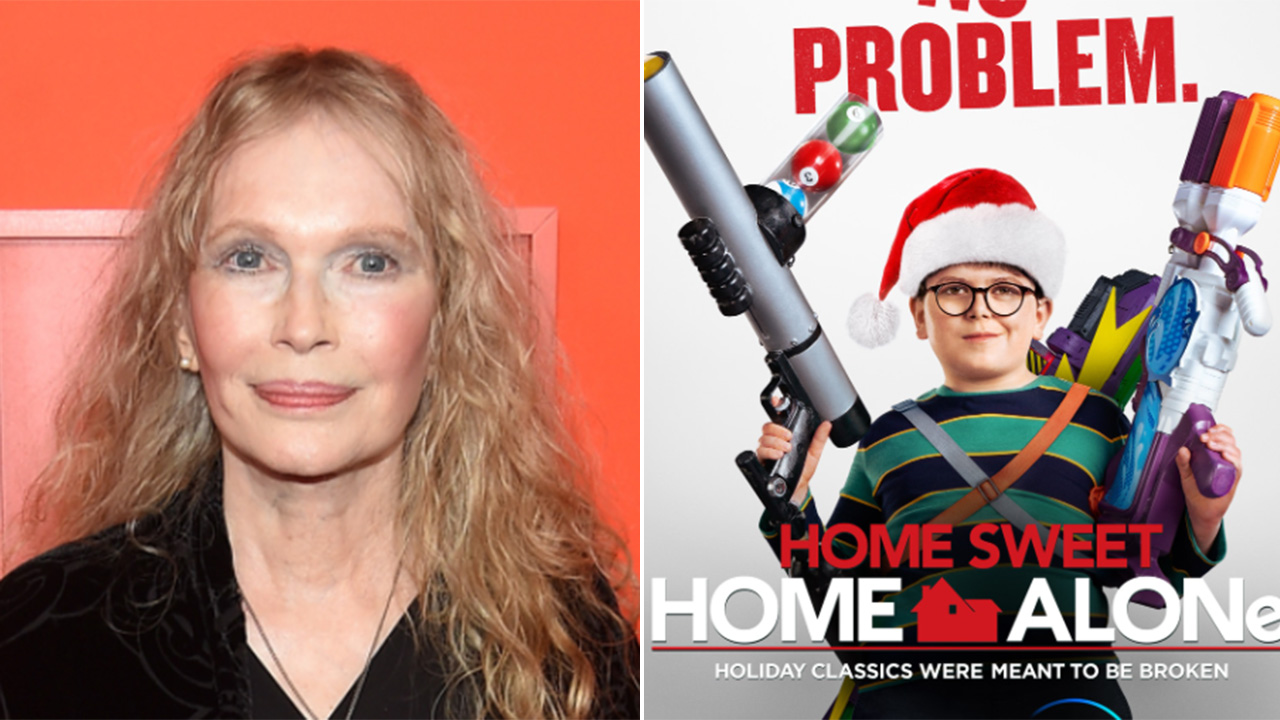 Mia Farrow has called out Disney over its promotional poster for the "Home Alone" reboot movie on its streaming service.

Farrow, known for being an anti-gun activist, questioned the company in a couple of tweets on Wednesday over its poster showing a young boy holding up what appears to be two large toy guns.

"@DisneyStudios⁩ in the age of mass shootings in schools-why two huge guns? WHY???" she wrote along with a photo of the poster.

In a separate tweet, she added: "A white, male kid carrying 2 huge guns in the time of mass school shootings? Really @Disney? Surely u can find a more positive image to promote your film," she said.

"Home Sweet Home Alone" is a Disney+ original movie and is the sixth installment in the "Home Alone" franchise. Back in August, the streamer hyped up the movie in a tweet. It became available for streaming on Nov. 12 and stars Ellie Kemper, Rob Delaney, Archie Yates, Aisling Bea, Kenan Thompson, Tim Simons, Pete Holmes, Devin Ratray, Ally Maki, and Chris Parnell.

Reps for Disney+ did not immediately return Fox Business' request for comment.

Farrow, 76, has shared her anti-gun views before online. She was one of several left-leaning Hollywood celebrities who called for action on gun control and gun reform after a March shooting in Boulder, Colo., left 10 people dead including a police officer.

At the time, Farrow wrote that "no civilian needs to carry such a weapon," making reference to the "AR-15 style weapon" the suspect allegedly used to carry out his attack.

Additionally in 2018, the "Rosemary’s Baby" star tweeted to President Trump about the need for "rational gun legislation" in the wake of the  Marjory Stoneman Douglas High School shooting in Parkland, Florida that left 17 people dead.