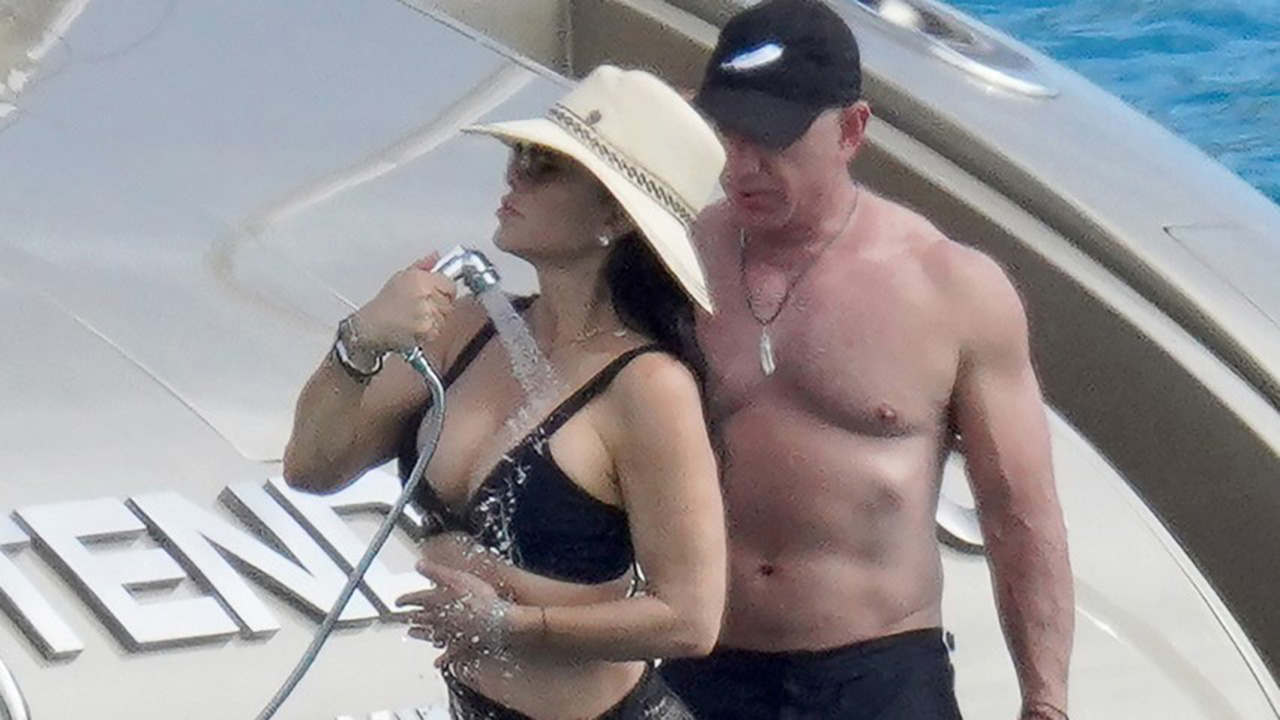 Jeff Bezos and girlfriend Lauren Sanchez couldn't keep their hands off of one another during a luxurious getaway in St. Barts over the winter holidays.

The 57-year-old Amazon co-founder went shirtless for a day of some fun in the sun with the Emmy Award-winning journalist, 51, who showed off her svelte figure in a black bikini.

Sanchez was seen cooling off on the boat with a hose. She opted for black sunglasses and a sunhat while Bezos stood just inches behind her.

The snaps come as the couple enjoys a vacation during the holiday season with their family members.

Lauren Sanchez cools off with a hose while Jeff Bezos stands closely behind. (Mega)

The lovebirds weren't shy about their attraction for one another, as a buff Bezos, donning black swimsuit trunks, was seen packing on the PDA with Sanchez, whose thong bikini bottom was visible via a see-through cover-up wrapped around her waist.

The photos come just a couple of days after the billionaire and the TV personality were spotted canoodling on a bench in athleisure wear during a hike on the island.

WHO IS THE RICHEST PERSON IN THE WORLD: ELON MUSK OR JEFF BEZOS?

Bezos and Sanchez made their red carpet debut arm-in-arm at an Amazon Prime Video event in Mumbai, India, in January 2020, just days after the Blue Origin leader threw Sanchez two parties to commemorate her 50th birthday.