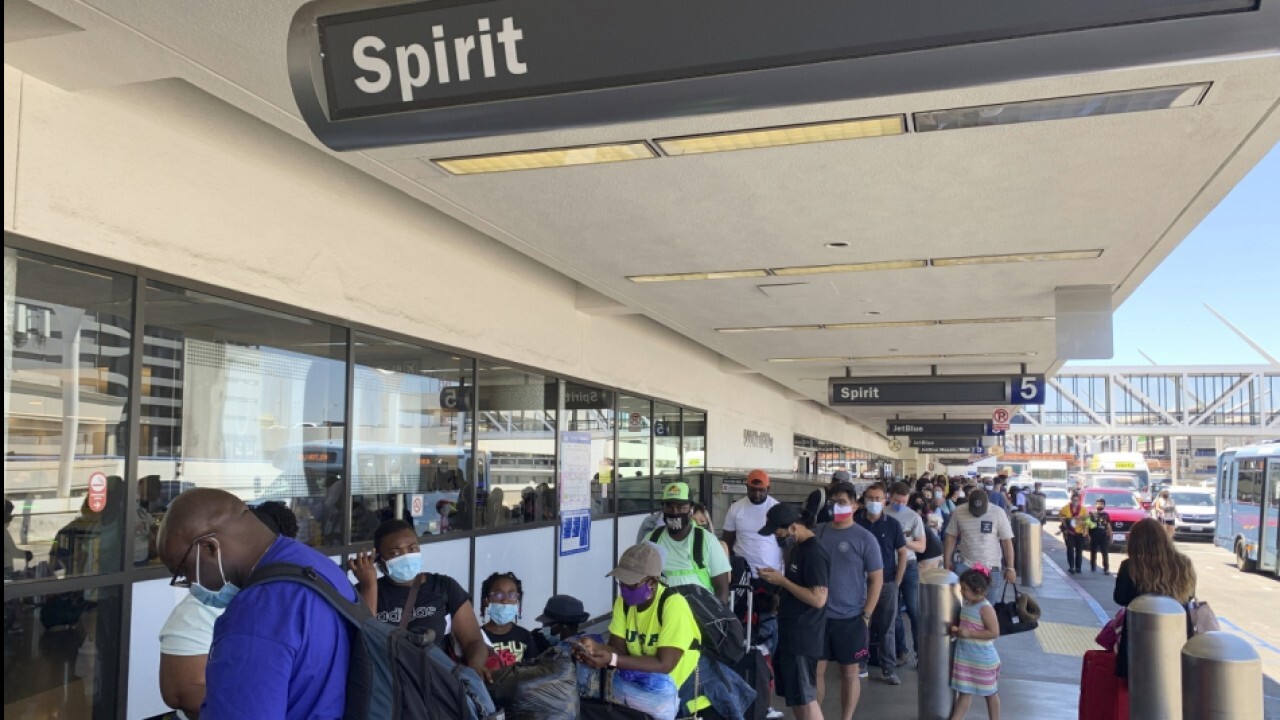 U.S. President Joe Biden’s administration is quietly discussing a target date of 2050 for weaning aircraft off fossil fuels as part of the White House’s broader push to fight climate change, sources familiar with the matter said.

The White House in recent days has stepped up efforts aimed at transforming the U.S. economy, including promotion of climate-directed infrastructure spending and bringing auto companies on board for its push for more electric vehicle use.

The Biden administration is contemplating incentives to support private-sector production of sustainable aviation fuel (SAF) as it searches for ways to eliminate greenhouse gas emissions in the hard-to-electrify aviation industry.

The administration is looking at a 2050 target for airlines to fly on 100% jet fuel from renewable sources, said two sources, who spoke anonymously to be candid about the discussions.

The discussions are still in the early stages with few details available, the sources said. The United States and Europe are trying to find ways to encourage production and adoption of SAF, which is two to five times more expensive than standard jet fuel.

Sustainable aviation fuel, made from feedstocks such as used cooking oil and animal fat, at present accounts for only a miniscule amount of overall jet fuel use.

The administration confirmed that SAF is on its radar but did not comment on or confirm the 2050 target.

"The administration is committed to advancing climate solutions in every sector and segment of the economy - with the urgency that the climate crisis demands."

The aviation sector cannot count on electrification as a near-term solution because of the weight of the batteries.

Biden’s administration, which has set a goal for net-zero emissions by 2050, has discussed incentives and targets to increase SAF. It is currently taking a different approach than Europe, where regulators are seeking to force suppliers to blend rising amounts of SAF into their kerosene, a move opposed by U.S. airlines.

The White House and industry groups are expected to meet virtually later this month to promote alternative jet fuels, although specific actions that might be taken are not clear, three sources said.

Environmentalists say a European-style mandate is needed to raise production and bring down SAF’s price. However, Angel Alvarez Alberdi, secretary general of the European Waste-based and Advanced Biofuels Association, fears the EU’s mandate will redirect the limited pool of affordable feedstocks available to make SAF.

"It could be a debate around the carrot and the stick," John Slattery, head of engine maker GE Aviation, a unit of General Electric Co, said of SAF demand during a recent Eurocontrol podcast.

Planes and engines capable of running without fossil fuels are being planned for around 2025 and 2030, depending on the model. Current engines can theoretically run on 50% sustainable blends.

It is not yet clear whether government efforts will succeed at making sustainable fuel more affordable for pandemic-battered airlines. Fuel is the second-largest expense for airlines after labor.

Congress is debating a tax credit of up to $2 per gallon for SAF. If such a credit were available, World Energy, the largest U.S. SAF producer, would be able to sell its SAF for roughly the same as conventional fuel, said Bryan Sherbacow, the company’s chief commercial officer.

World Energy’s Los Angeles-area plant uses around a third of its 25 million-gallon annual capacity for making aviation fuel, with the rest producing other renewable fuel. The company is betting on SAF becoming more affordable, as it is boosting the plant’s SAF capacity to around 150 million gallons by 2023.

If incentives were balanced, "we would probably be making a lot more jet fuel," Sherbacow said.

Reporting by Allison Lampert in Montreal and Stephanie Kelly in New York; Additional reporting by Rod Nickel in Winnipeg, Valerie Volcovici and David Shepardson in Washington and Laura Sanicola in New York; Editing by Matthew Lewis