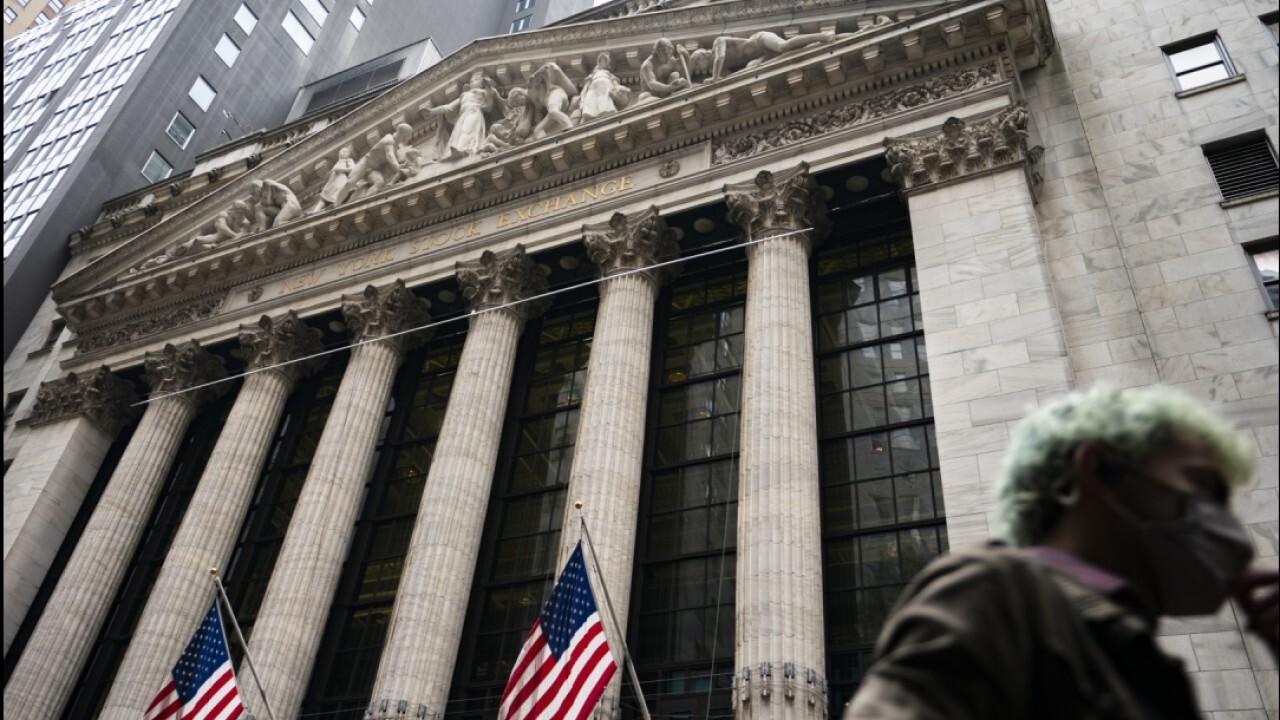 The Commerce Department said the gap between what the U.S. buys from other countries and what it sells to them plunged by 17.6% to $67.1 billion. That's a $14.31 billion drop from September, when the trade deficit hit a record $81.4 billion.

Empty product spots are seen in the warehouse of an IKEA store on Oct. 15, 2021, in the Red Hook neighborhood of Brooklyn in New York City. (Getty Images)

It marked the first time since July that the trade deficit shrank.

Exports soared 8.1% to $223.6 billion – the highest on record – as some congestion in ports and warehouses cleared. The increase was boosted by stronger outbound shipments of industrial supplies like crude oil. Imports, meanwhile, rose 0.9% to $290.7 billion, the highest monthly total on record as Americans continued to buy more foreign-made goods like cars, cellphones and industrial supplies.

The overall trade deficit through October surged by $161.7 billion, a 29.7% increase compared to the year-ago period. The surge reflects pent-up consumer demand for goods after the coronavirus pandemic forced large swaths of the economy to shut down last year.

The U.S. goods and services deficit with China hit $28.3 billion in October – down from the $36.5 billion recorded in the previous month. Exports increased $2.8 billion to $13.8 billion last month, while imports decreased $400 million to $422 billion.

Experts say that as COVID-19 cases continue to fall and supply-chain disruptions begin to abate, the U.S. trade deficit should begin to improve – though it may remain elevated through the end of the year.