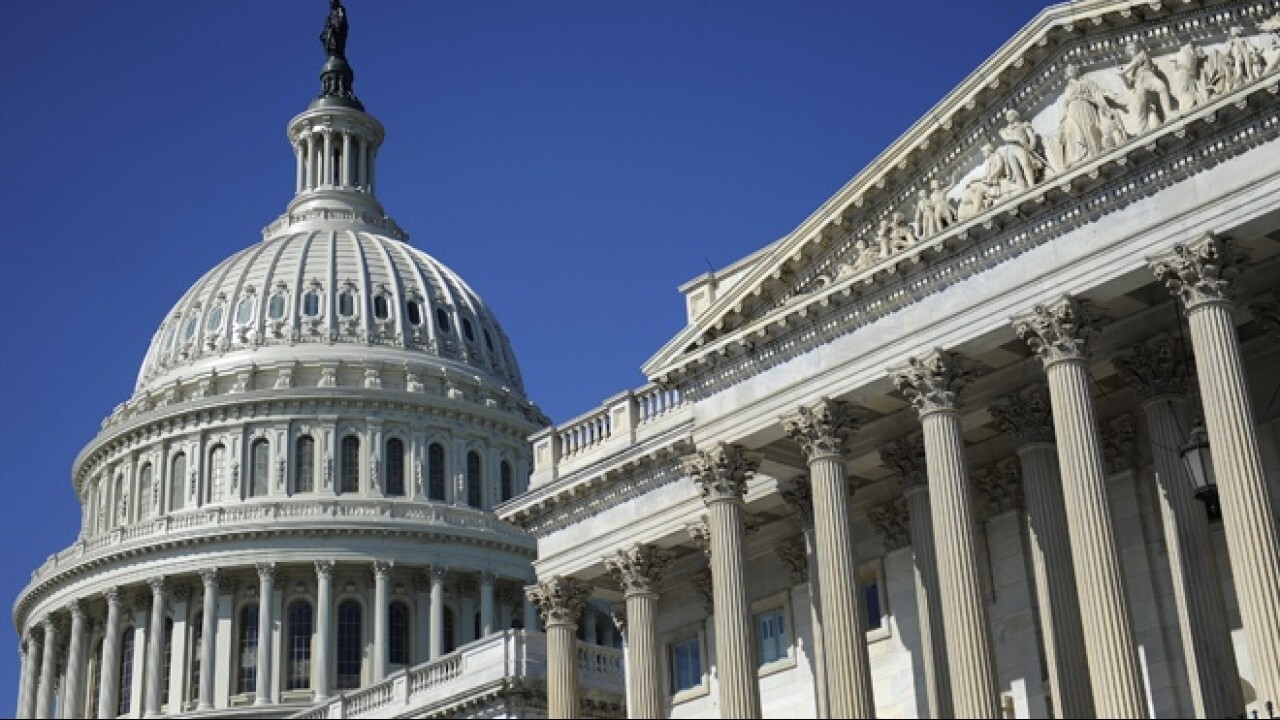 The U.S. federal budget deficit totaled $2.8 trillion during the 2021 fiscal year, marking the second-highest budgetary shortfall on record, but a slight improvement from the previous year as the economy recovers from the COVID-19 pandemic, the Treasury Department said Friday.

The annual deficit was $360 billion lower than last year, in what the Biden administration said reflected an "improved economy due in part to the American Rescue Plan Act of 2021 (ARP) and COVID-19 vaccination rollout." The budget year ended on Sept. 30.

"Today’s joint budget statement is further evidence that America’s economy is in the midst of a recovery," Treasury Secretary Janet Yellen said in a statement.

AOC: REPUBLICANS ARE ‘UPSET ABOUT A CHANGING COUNTRY’

The deficit surged to a record $3.1 trillion in fiscal 2021 as the COVID-19 pandemic brought the economy to a virtual standstill and forced nationwide lockdowns. The previous record was a $1.4 trillion deficit following the 2008 financial crisis.

The deficit figures were announced amid an ongoing debate on Capitol hill regarding President Biden’s social spending bill, which is expected to cost about $2 trillion. President Biden and Democrats argue the plan is fully covered by proposed tax hikes on wealthy Americans, while Republicans say the plan will add to the federal deficit and stoke rising inflation.

The Congressional Budget Office projects the deficit will fall to $1.15 trillion for the current fiscal year and continue to decline over the next three years. Those projections do not account for passage of Biden’s proposed infrastructure and spending bills.