The US economy will bounce back to its pre-pandemic size by the middle of the year without any emergency stimulus, the US Congressional Budget Office projected Monday.

The report throws a monkey wrench into President Biden’s push to pass an enormous $1.9 trillion rescue plan ahead of a meeting with 10 Republican lawmakers at the White House on Monday evening after they presented their own more modest proposal.

The nonpartisan federal agency paints an optimistic forecast following a year-long fight with the coronavirus that has killed 441,000 Americans, put millions out of work, and shuttered large swaths of the US economy.

The office said gross domestic product would return to pre-pandemic levels by mid-2021 and will continue growing until 2026 as a vaccine reduces the number of new infections and the need for social distancing.

“Labor market conditions continue to improve. As the economy expands, many people rejoin the civilian labor force who had left it during the pandemic, restoring it to its pre-pandemic size in 2022,” the report said.

“The unemployment rate gradually declines throughout the period, and the number of people employed returns to its pre-pandemic level in 2024,” it went on. 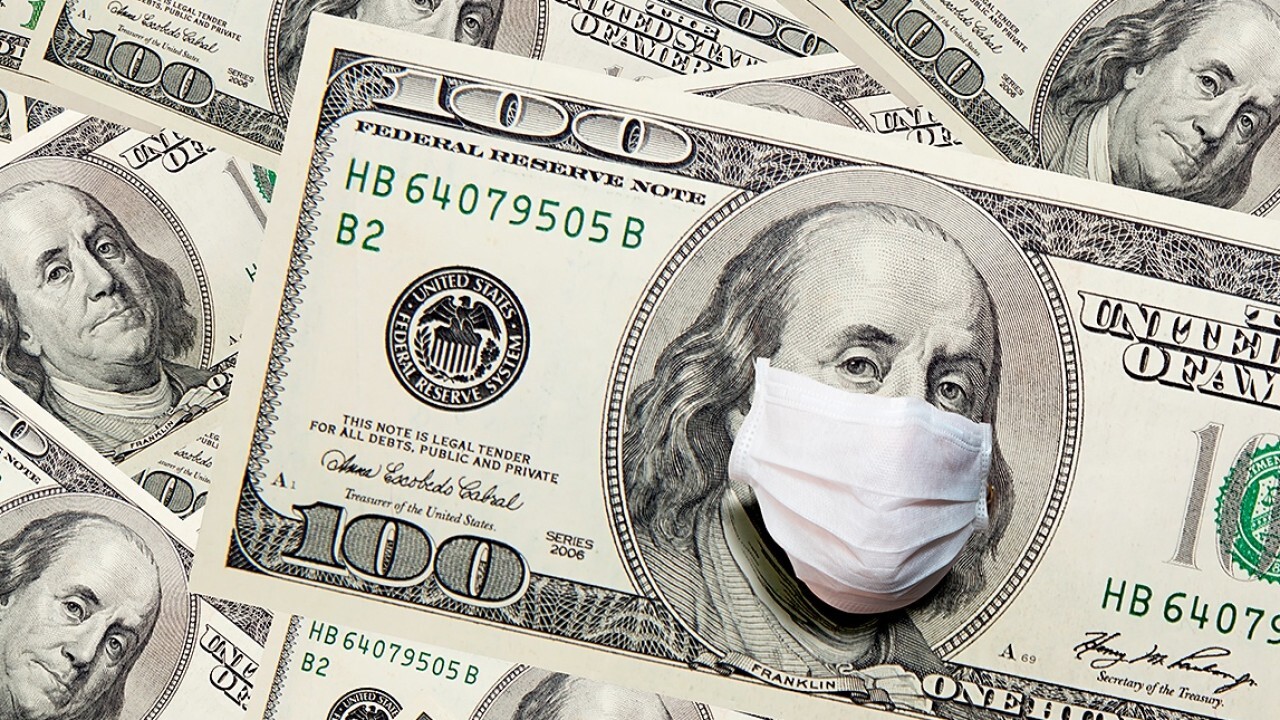 The Biden administration last month unveiled a $1.9 trillion rescue package as its first major legislative effort as the unemployment rate hovers around 6.7 percent.

The package includes $1,400 stimulus checks for eligible Americans, $20 billion for a national vaccine program and would reportedly cut child poverty in half.

But many conservatives and Democratic Sen. Joe Manchin of West Virginia, a key vote, have argued against passing such a big package on the heels of a $900 billion aid bill passed by Congress, arguing it will add to the ballooning national debt.

At a press briefing on Monday, White House spokeswoman Jen Psaki swatted away criticism about Biden’s package and said it had been backed by other economic authorities.

“A new report by the Brookings Institution estimates that with the American rescue plan, we would boost GDP by 4 percent and return our economy to pre-COVID levels by the end of 2021,” Psaki said.

“A separate analysis by Moody’s Analytics found that the president’s plan would create 7.5 million jobs,” she said.