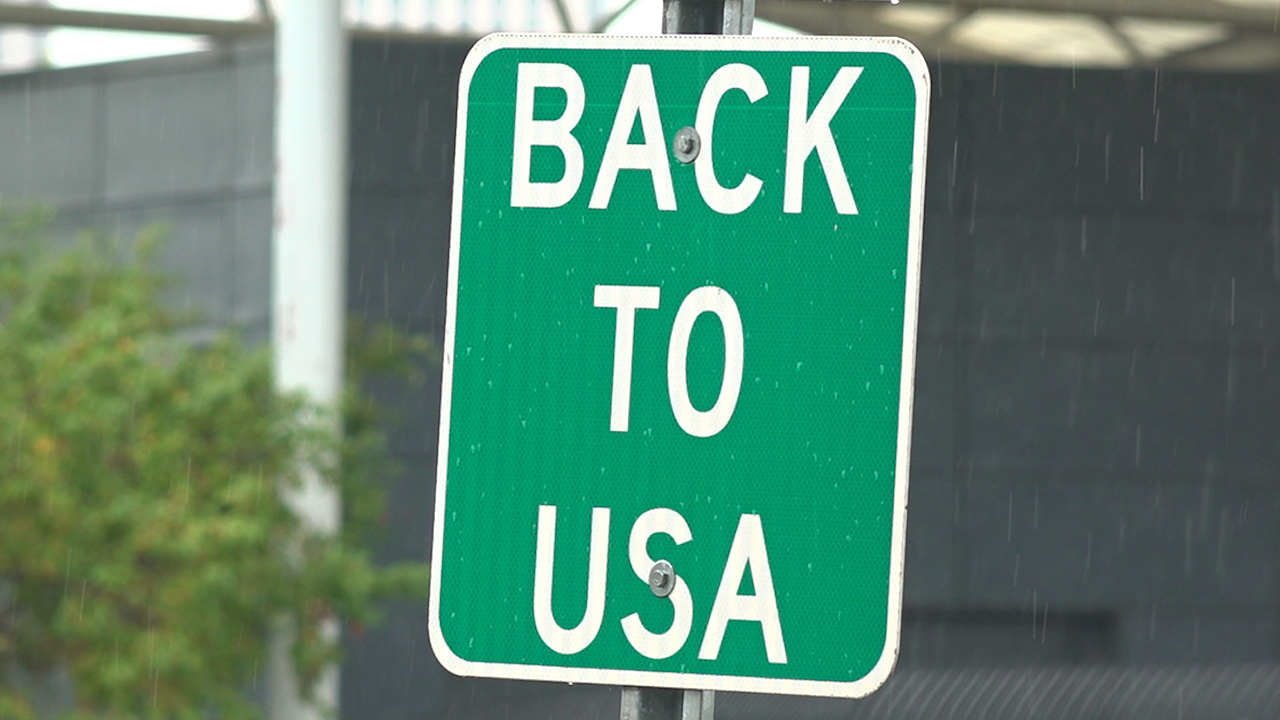 Along the U.S. border with Canada, a community kept apart by COVID-19 could see the end of pandemic travel restrictions soon.

Americans living near the border say they've lost out on business and been separated from their friends and family by the border closing.

Restrictions banning land and ferry crossings from Canada are set to end on Aug. 21 and, as of Thursday, there has been no indication the restrictions won't be allowed to expire. The possible reopening comes after Canada opened its border to vaccinated U.S. citizens on Aug. 9.

The U.S. closed the Canadian border for non-essential travel in March 2020 amid the growing coronavirus pandemic. The Department of Homeland Security has extended those restrictions every 30 days since until now.

CANADA REOPENS ITS BORDER FOR VACCINATED US VISITORS

Rock Burger owner Jason Lizardo said his restaurant and others like it rely on tourist traffic from Canada. (Stephen Goin / Fox News)

In Niagara Falls, N.Y., local restaurants are hopeful they can welcome Canadian customers again. Rock Burger owner Jason Lizardo said he’s felt the impact of fewer people crossing the border. He said the lack of tourist traffic has not only impacted his current business but delayed the launch of a second restaurant, Bowl-ify.

"It’s more of a day-to-day operation, you have to change your whole outcome as far as how much product you're purchasing, what the pricings are," he said. "We want to see things flowing, hopefully, if the border’s clear – they should be able to come here with open arms."

In Amherst, near Buffalo, Suzanne Tomasello told Fox News she wants to see her Canadian family members on her terms. Before the pandemic, she said she would cross the border as many as four times a week.

"If something were to happen to my aging parents, I’ve missed out on all this time, my children have missed almost two years," she said. "If things look okay, then let’s get it open but at this point, there’s no plan."

Tomasello was raised in Canada but has since become a permanent U.S. resident. She said she was able to visit Canada before Aug. 9 because of her citizenship status, but the trips were always short, as she had to quarantine for two weeks with her young children who are not yet eligible for a vaccine.

Tomasello said her mother has also been able to fly into the U.S., but spent thousands of dollars in the process.

In 2020, travel to and from Canada declined more than 90% according to the Canadian government.

Woodrow Wilson Center global fellow Kathryn Bryk Friedman told Fox News that U.S. communities along the Canadian border have lost millions, if not billions of dollars because of travel restrictions.

"The fact that non-essential travel restrictions are in place translates into the loss of shopping, entertainment – but then you have to think about the tax revenue, local counties are losing that tax revenue from as well," she said.

For months, lawmakers and grassroots groups have pushed for the U.S. to reopen its border to Canada. A GoFund campaign has raised nearly $50,000 to run TV ads calling for the end of travel restrictions.