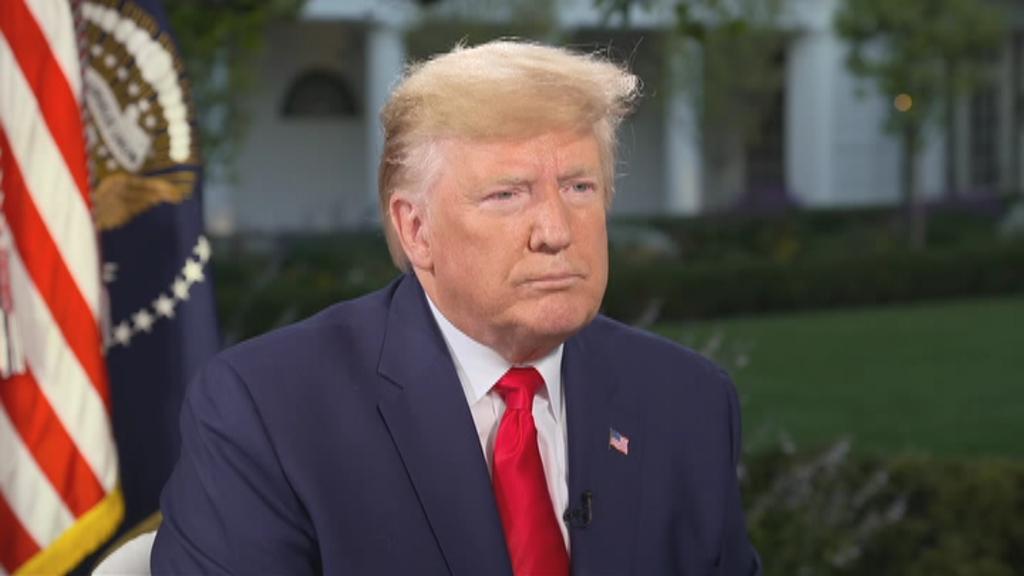 Trump: The US has 'the best of everything'

Despite the string of controversies President Trump has found himself in the past week, the country's 45th chief executive remained effusive about the direction of the country and the state of the economy in an exclusive interview Monday night on the Fox News Channel.

Speaking to host Sean Hannity, the president noted that the United States has "the best everything."

Trump frequently touts unemployment which is hovering at a 50 year low and there are more job openings than workers to fill them.

Noting some additional achievements of his administration to date Trump added, "We've rebuilt the military. With all of the things, we've done. Regulation cut. The biggest tax cut in history. So many things. Energy. We're energy independent now, that's why you don't see our boats being blown up over on the gulf, so there's so many things."

His reference to the "gulf" is the Persian Gulf where armed Iranian boats have attempted to seize foreign oil tankers in recent months.

You can catch the full interview on Hannity Monday at 9pm ET on Fox News Channel.