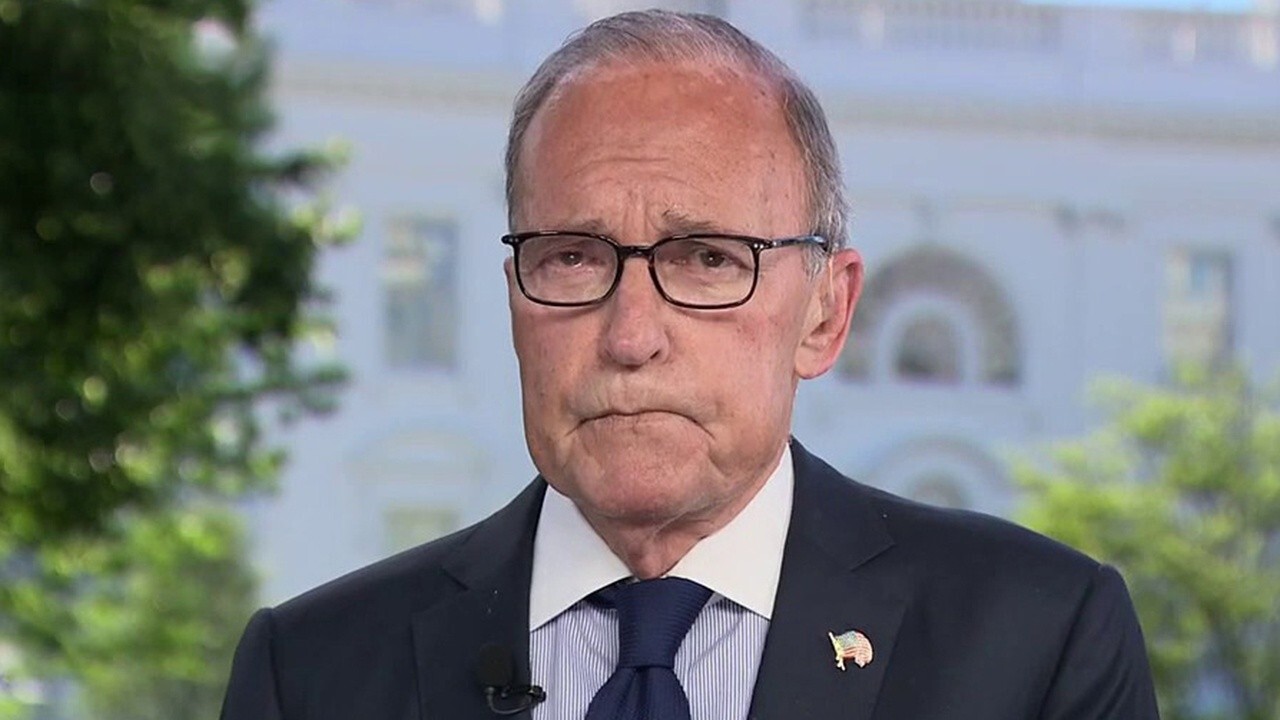 President Trump is unlikely to shut down the U.S. economy again even if there is a resurgence coronavirus infections, according to senior White House economic adviser Larry Kudlow.

"The president is absolutely disinclined to shut down the economy, as is the vice president," Kudlow said Monday during an interview on "America's Newsroom." "You know, I think shutting down the economy could be worse for our health than not shutting it down."

GEORGIA WAS THE FIRST US STATE TO REOPEN. WHAT DOES ITS ECONOMY LOOK LIKE NOW?

Every U.S. state has started the process of phased reopening, easing stay-at-home guidelines and allowing business activity to resume. But fears of a resurgence in COVID-19 has sent stocks tumbling in recent days.

Last week, the U.S. surpassed 2 million COVID-19 cases, according to Johns Hopkins University data. More than 113,000 individuals have died from the virus.

Florida and Texas were among the states that saw coronavirus cases hit a new peak this weekend. In others, including California, infection counts neared their previous highs.

Kudlow maintained that the spike in new cases is the byproduct of increased testing in the U.S. and are not indicative of a second wave of infections. The tally is ultimately still low, he said -- and warned the sudden flare-up in cases may be something the U.S. needs to get used to, barring the creation of a vaccine or treatment.

"These are relatively small bumps. They’re there, I'm not denying it," he said. "We are testing at 100 times the rate we were a couple of months back in March. So you’re bound to uncover a lot more cases."

The economic toll from the outbreak of the virus and subsequent shutdown is also continuing to grow. Last week, the Labor Department said another 1.5 million Americans filed for first-time unemployment benefits. While it marks the 10th week in a row that applications have declined since peaking at the end of March, it's still well above pre-crisis levels. In the three months since American life came to a grinding halt, more than 44 million Americans have lost their jobs.

US JOB GROWTH ROARED BACK IN MAY: THESE INDUSTRIES SAW THE BIGGEST GAINS

TheOrganization of Economic Cooperation and Development said in its quarterly outlook published last week that a second virus outbreak, and another round of lockdowns, would inflict deep damage on a global economy already in the throes of the worst recession since the Great Depression.

The U.S. economy is expected to plunge by 7.3 percent this year before expanding by 4.3 percent in 2021. In the event of a second wave, the nation’s economy -- the world’s largest -- would likely shrink by 8.4 percent and grow by 1.9 percent next year, the OECD said.

“By the end of 2021, the loss of income exceeds that of any previous recession over the last 100 years outside wartime, with dire and long-lasting consequences for people, firms and governments,” OECD chief economist Laurence Boone said in a statement.