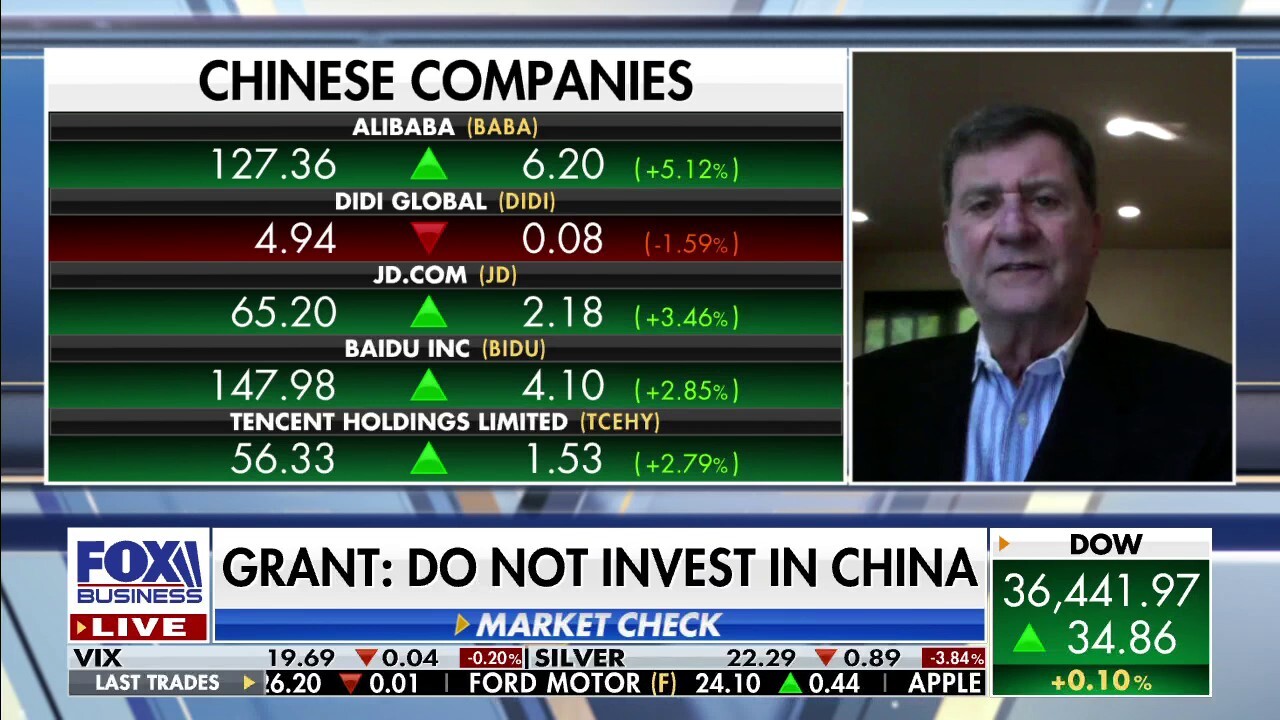 B. Riley Securities chief global strategist and managing director Mark Grant explains why investors should stay away from investing in Chinese stocks.

The U.S. trade deficit surged to a near-record high of $80.2 billion in November as exports slowed at the same time that imports jumped sharply.

The November deficit was 19.3% higher than the October deficit of $67.2 billion and was just below the all-time monthly record of $81.4 billion set in September, the Commerce Department reported Thursday.

November imports, goods Americans bought from other countries, jumped 4.% to $304.4 billion in November while exports, those the U.S. sends overseas, edged up a scant 0.2% to $224.2 billion.

Through the first 11 months of 2021, the U.S. trade deficit is 28.6% higher than during the same period last year with the economic recovery in the United States outpacing other nations, as is the readiness of Americans to spend.

The politically sensitive deficit with China in goods rose 2.9% to $32.3 billion in November and is up 12.8% for the first 11 months of this year compared to the same period in 2020

The United States and China, the world's two largest economies, engaged in a contentious trade battle under former President Donald Trump, who accused China of unfair trade practices that had cost millions of American jobs. Each country imposed tit-for-tat punitive tariffs on its economic rival.

So far, the Biden administration has taken a more cautious approach in its economic dealings with China.

Michael Pierce, senior U.S. economist at Capital Economics, said that the sharp jump in November's trade deficit means that trade will be a small drag on the overall U.S. economy in the October-December quarter.

Pierce forecast growth, as measured by the gross domestic product, would be around 4.5% in the fourth quarter, an improvement from the modest 2.3% in the third quarter but below expectations for much stronger growth before the omicron variant hit.

Other economists are more optimistic, predicting growth will come in between 6% and 7% in the October-December period. The government will release its first look at fourth quarter GDP on Jan. 27.