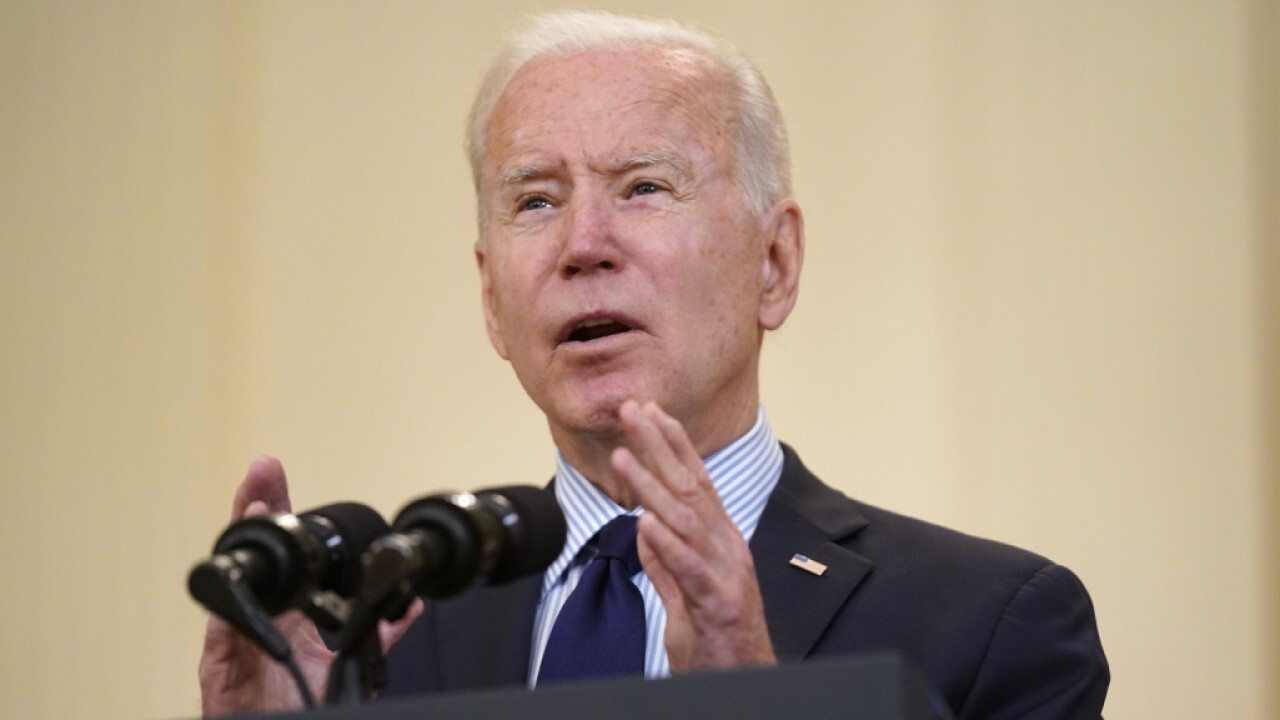 President Biden makes remarks on the April jobs report and the economic recovery.

A growing number of states are reviving their work search requirements for anyone collecting unemployment benefits, part of a broader effort nationwide to bring out-of-work Americans back to their jobs.

States lifted the requirement early in the coronavirus pandemic amid an unprecedented shutdown of the nation's economy and an urgent need for people to stay at home. But as COVID-19 caseloads have fallen as more Americans are vaccinated, allowing businesses to reopen and life to slowly move back to some semblance of normal, states are bringing the work search requirement back.

THESE 21 STATES ARE ENDING $300 UNEMPLOYMENT BENEFITS THIS SUMMER

At least 36 states will now require anyone collecting jobless aid to also search for a job and provide evidence that they're doing so – a move that many employers may welcome.

Many of those states have also announced plans to prematurely cut off the sweetened unemployment aid included in President Biden's coronavirus relief package, which provided an extra $300 a week on top of regular state unemployment benefits. The supplemental benefit is not slated to expire until Sept. 6, 2021.

The Labor Department's April payroll report revealed the economy added just 266,000 jobs last month, sharply missing the 1 million forecast by Refinitiv economists. Businesses, and many GOP lawmakers, have been quick to blame the boosted unemployment aid for the lackluster job growth, although experts have also cited a lack of child care and fears of contracting COVID-19 for the hiring shortage.