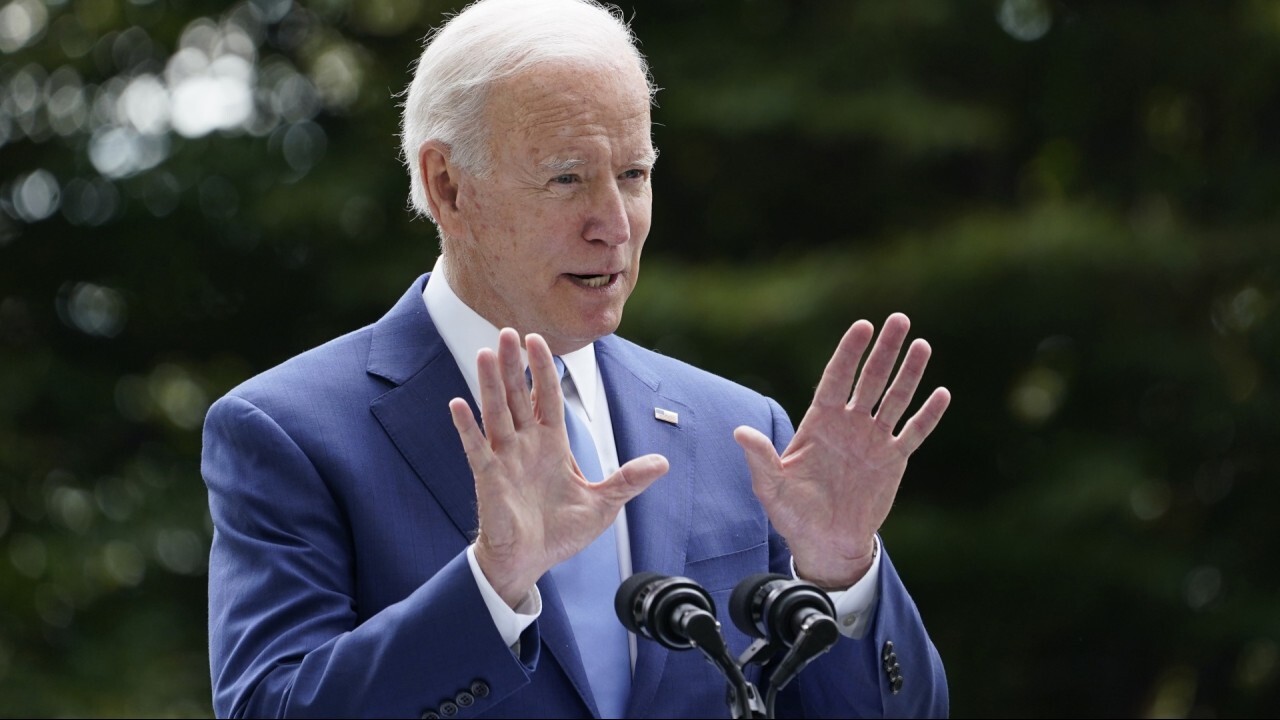 Rep. Bill Johnson, R-Ohio., provides insight into President Biden's Build Back Better which he believes is 'not good for the American people.'

Americans' inflation fears skyrocketed to another record high in September, driven by the rising price for an array of consumer goods, according to a Federal Reserve Bank of New York survey published Tuesday.

The median expectation is that the inflation rate will be up 5.3% one year from now, the 11th consecutive monthly increase and another new high for the gauge, according to the New York Federal Reserve's Survey of Consumer Expectations. Inflation expectations over the next three years increased to a median of 4.2%, a third monthly increase and the highest rate since the survey launched in 2013.

"Median inflation uncertainty – or the uncertainty expressed regarding future inflation outcomes – was unchanged at the short-term horizon and decreased at the medium-term horizon," the survey said. "Both measures are still well above the levels observed before the outbreak of COVID-19."

Even though consumers are braced for the highest inflation levels in nearly a decade, they still said they expect the price of things like food, gasoline, medical care, rent and college tuition to decrease over the next year.

Americans also anticipate that the prices of homes will fall slightly, with one-year expectations decreased slightly to 5.5% in September, marking the fourth straight monthly decline. Despite the decline, it's still substantially higher than the previous one-year average of 3.7%.

Inflation has accelerated as the economy recovers from last year's brief but extremely severe recession.

Federal Reserve Chairman Jerome Powell has largely attributed the spike in consumer prices to pandemic-induced disruptions in the supply chain, a shortage of workers that's pushed wages higher and a wave of pent-up consumers flush with stimulus cash.

Still, he's maintained the rise in inflation is likely "transitory" and has warned about the dangers of the Federal Reserve acting superfluously to lower the benchmark federal funds rate. Projections from the Fed's rate-setting meeting predicted an annual inflation rate of 4.2% by year's end, an increase from 3.4% in June. Still, policymakers projected that inflation will cool to about 2.2% next year, closer in line with their goal range.

"These bottleneck effects have been larger and longer-lasting than anticipated," Powell said in September during the U.S. central bank's two-day meeting. "While these supply effects are prominent for now, they will abate. And as they do, inflation is expected to drop back toward our longer-run goal."