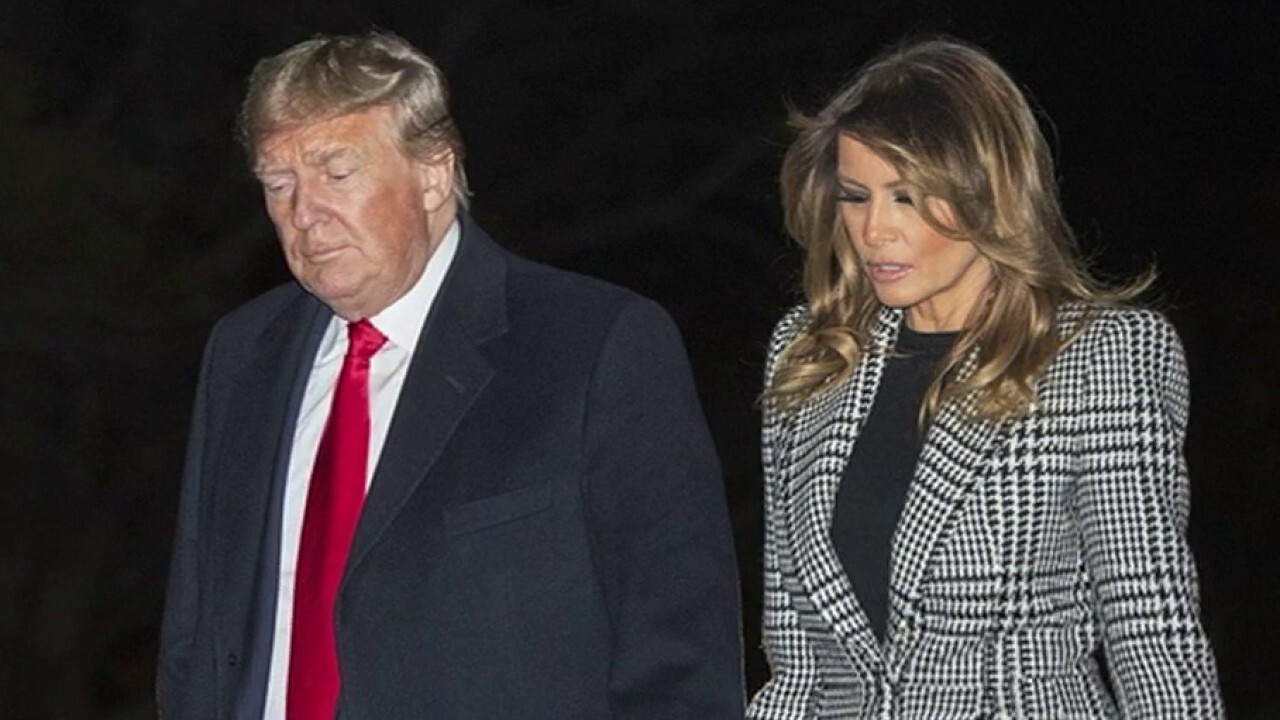 America woke up to the news Friday morning that President Trump and first lady Melania had been diagnosed with the coronavirus.

On a personal level, I am sure all our prayers and sympathies are with the president and first lady.

On an economic level, you know what that kind of breaking news means for Wall Street. With just a month to go before the election, investor uncertainty drove stocks down in morning trading.

The last jobs report before the November election was also released Friday. You may read elsewhere about an economic slowdown but September’s very positive jobs numbers actually confirm that we are still experiencing the most dynamic economic recovery in American history -- bar none.

Following the four best months for job growth since the government began tracking the data in 1939 -- 4.8 million jobs in June, 2.7 million in May, 1.7 million in July, 1.4 million in August -- the economy added an additional 661,000 jobs in September.

There is simply no historical parallel for the magnitude and speed of the current economic recovery.

By comparison, the monthly high mark for job growth during the Obama-Biden recovery was 540,000 jobs in May of 2010.

In total, the U.S. economy has regained 11.4 million jobs or 55 percent of the 20.8 million jobs lost in April to the coronavirus – and that’s with many major states still at least partially shut down.

Just as encouraging, of the 25.4 million people who lost their jobs when the economy shut down, 14.2 million or 56 percent have rejoined the ranks of the employed driving the unemployment rate down from April’s 14.7 percent to 7.9 percent in September. Recall that in April the Congressional Budget Office was forecasting a third-quarter unemployment rate of 16 percent.

But the jobs numbers are not the only positive economic indicators. For example, according to the respected Institute for Supply Management monthly Manufacturing Report released Thursday “[e]onomic activity in the manufacturing sector grew in September, with the overall economy notching a fifth consecutive month of growth.”

While we don’t have the September numbers as yet, retail sales surpassed pre-pandemic levels back in July and continued to grow in August, increasing by 0.6 percent.

That number should stay positive. Released on Tuesday, the Conference Board’s consumer confidence numbers spiked to 101.8 in September, the highest number since the pandemic began and the largest month-to-month jump in 17 years.

That’s important because consumer spending accounts for about two-thirds of our gross domestic product. To date, the highest quarterly GDP growth number recorded since 1948 when the government began reporting the data was 13.8 percent in the fourth quarter of 1952.

The Federal Reserve bank of Atlanta’s GDPNow forecasting model is predicting GDP growth of an astounding 34.6 percent in the third quarter, which ended September 30th. That would be a historic high on the heels of a historic drop of 31.4 percent in the second quarter.

Speaking of historic drops and recoveries, According to the Federal Reserve Bank’s recent Flow of Funds report, the net worth of U.S. households and nonprofits jumped 6.8% to a record-high $118.96 trillion in the second quarter. That’s $378 billion more than at the end of 2019 as the stock market, home values and personal bank account values surged. The personal saving rate also hit a record 25.7% in the second quarter.

There is simply no historical parallel for the magnitude and speed of the current economic recovery.

In part, this is due to the programs congress and the president put in place to deal with the pandemic shutdowns and actions the president took through Executive Orders when Congress refused to act.

For example, the Paycheck Protection Program enabled thousands of businesses to avoid going under permanently by allowing them to go into hibernation during the strictest phase of the state and local lockdowns. In a remarkably short period of time, the PPP distributed more than half a trillion dollars in forgivable loans and saved more than 51 million jobs.

If Congress would do its job and pass the elements of an economic stimulus package on which the Democrats and Republicans agree, the recovery would be even stronger and more dynamic.

Our economic strength going into the pandemic shutdown also has been a significant factor in our emergence from it.

The poverty rate also fell to 1.3 points to 10.5 percent, the largest one-year decline on record and a record low rate going back to 1959 when the government began reporting the data.

As a result, the economy lifted over 4.1 million people out of poverty, the largest yearly decrease since 1966. Just for comparison purposes, over the eight-year of Obama/Biden administration, the number of people living in poverty increased by 787,000.

We headed into the pandemic shutdown with the strongest labor market in modern times -- perhaps ever. President Trump acted immediately and aggressively to counter the economic impact of that shutdown.

As a result, we are at the beginning phase of a second Trump economic boom. But we’ll need a Trump win in November to keep that momentum going.

Andy Puzder was chief executive officer of CKE Restaurants for more than 16 years, following a career as an attorney. He is currently a Senior Fellow at the Pepperdine University School of Public Policy. He was nominated by President Trump to serve as U.S. labor secretary. In 2018, Puzder authored "The Capitalist Comeback: The Trump Boom and the Left's Plot to Stop It" (Center Street).  His latest piece, a Broadside by Encounter Books titled, “Getting America Back to Work” was released on April 28, 2020.