Fears of an impending recession spiked on Wednesday, when, for the first time in 12 years, a closely watched spot on the yield curve inverted — a warning sign to Wall Street that an economic downturn might be on the horizon.

Markets around the world suffered steep losses after the spread between two-year and 10-year Treasury yields turned negative, a development that has historically preceded every U.S. recession in the past 50 years, though sometimes by a margin of 24 months.

Two of the world’s biggest economies, Germany and the United Kingdom, appear to be shrinking; China — which is embroiled in a year-long trade war with the U.S. — also seems to be teetering on the brink of a slowdown, and that’s excluding another wave of tariffs the U.S. will impose in mid-December.

Whether the events are truly foreshadowing a recession within the next year or merely a concerning economic contraction, however, is unclear. Former Federal Reserve Chair Janet Yellen cautioned on Wednesday that she believed a recession is unlikely, suggesting the yield curve inversion as a reliable predictor could be wrong in this instance.

“On this occasion, it may be a less good signal,” she told FOX Business. “And the reason for that is that there are a number of factors other than market’s expectations about the future path of interest rates that are pushing down long-term yields.”

Plus, there are other signals that typically precede real economic calamity — but so far, none are flashing red.

“Despite the current worries about an impending recession, the inverted yield curve can be either a symptom or a cause of the recession,” said Putri Pascualy, the managing director of PAAMCO Prisma. “Yes, worrying about the recession may actually bring one about. Despite the slower global growth, growth is still positive.”

Other warning signs include the unemployment rate, which remains at a healthy level in the U.S., hovering around 3.7 percent, near a several-decade low for most of the year. Job growth has also been steady, evidence the record-long economic expansion is continuing to chug along at a healthy pace. Experts warn, however, that labor market data can be backward-looking, unlike other signs that may paint a more accurate portrait of the economy in real-time. 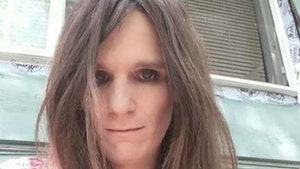 Capital One hacker allegedly hits other victims. Are you at risk?

Paige Thompson, the accused Capital One hacker, stole data from more than 30 other companies, educational institutions and others, according to federal prosecutors.

Investors will also be closely watching the credit markets to see if it gets more expensive for companies to borrow in the U.S. So far, however, the credit spread is not forecasting a recession. Some of the weakness in that particular market has been confined to specific areas — like retail and Barney’s filing for bankruptcy, Pascualy said.

Manufacturing, another indication of a potential recession, is showing a more cloudy vision, however. In July, the U.S. manufacturing sector expanded, but the pace of growth slowed to its weakest in nearly three years, according to the Institute for Supply Management. The index dropped to 51.2, the slowest reading since August 2016 as manufacturers are hit by the year-long trade war. Readings above 50 mean the industry is growing; reading below 50 mean the opposite.