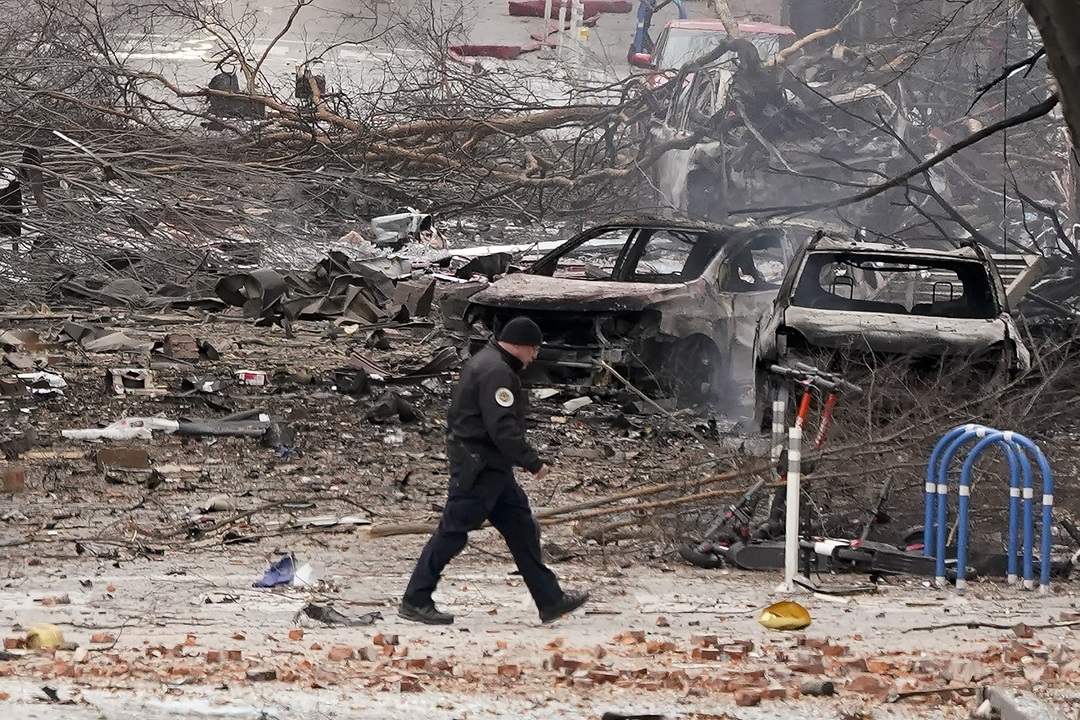 A Christmas morning explosion that rocked downtown Nashville left at least 41 businesses "materially damaged," in addition to displacing some residents and injuring three others, officials said.

Mayor John Cooper said the Friday blast was caused by a "deliberate bomb" in a motor home that went off. Three people sustained non-threatening injuries but no deaths were reported.

Several buildings were damaged and some residents were displaced. One building collapsed from the explosion, officials said. Cooper issued a 48-hour curfew for the affected area started at 4:30 p.m.

He said it would take time to rebuild and that it would be sometime before things get back to normal.

A law enforcement member walks past damage from an explosion in downtown Nashville, Tenn., on Friday. Buildings shook in the immediate area and beyond after a loud boom was heard early Christmas morning and at least 41 businesses were damaged, offici

"As we see the full extent of this ... you can tell that it's going to need special help, special resources," he said. "In the meantime, the curfew area is going to provide safety and security for businesses in this area."

Metro Nashville police officers responded to reports of gunshots when they found a parked RV broadcasting a warning message just before the explosion.