Mortgage rates tumbled to a multi-year low, as concerns about economic growth persisted among investors.

The 30-year fixed-rate mortgage fell to 3.6 percent, its lowest level since November 2016, according to Freddie Mac.

GLORIA VANDERBILT'S $50M CHILDHOOD MANSION FOR SALE
BUYING A HOME? THIS MORTGAGE MISTAKE CAN COST YOU

The drop also comes as the yield on the 10-year Treasury has been falling amid an escalation in the trade war between the U.S. and China.

The housing market has still been struggling to attract prospective buyers, despite the drop in rates and a strong labor market – as the U.S. unemployment rate hovers at a multi-decade low. 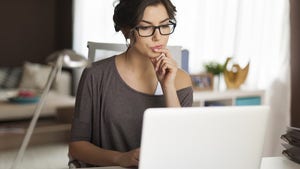 How to protect yourself from an online dating scam, duping victims out of millions

Fraudsters are prowling online dating sites in their search for people to scam, according to the FBI.

Existing home sales fell more than expected in June, down 1.7 percent, as affordability remained a challenge, according to the National Association of Realtors.

A lack of inventory pushed prices up 4.3 percent when compared with the same period a year ago – reaching an all-time high of $285,700.

New home sales, however, picked up in June, according to the U.S. Department of Commerce, following two months of declines.The median sales price of a new home in June was $310,400.