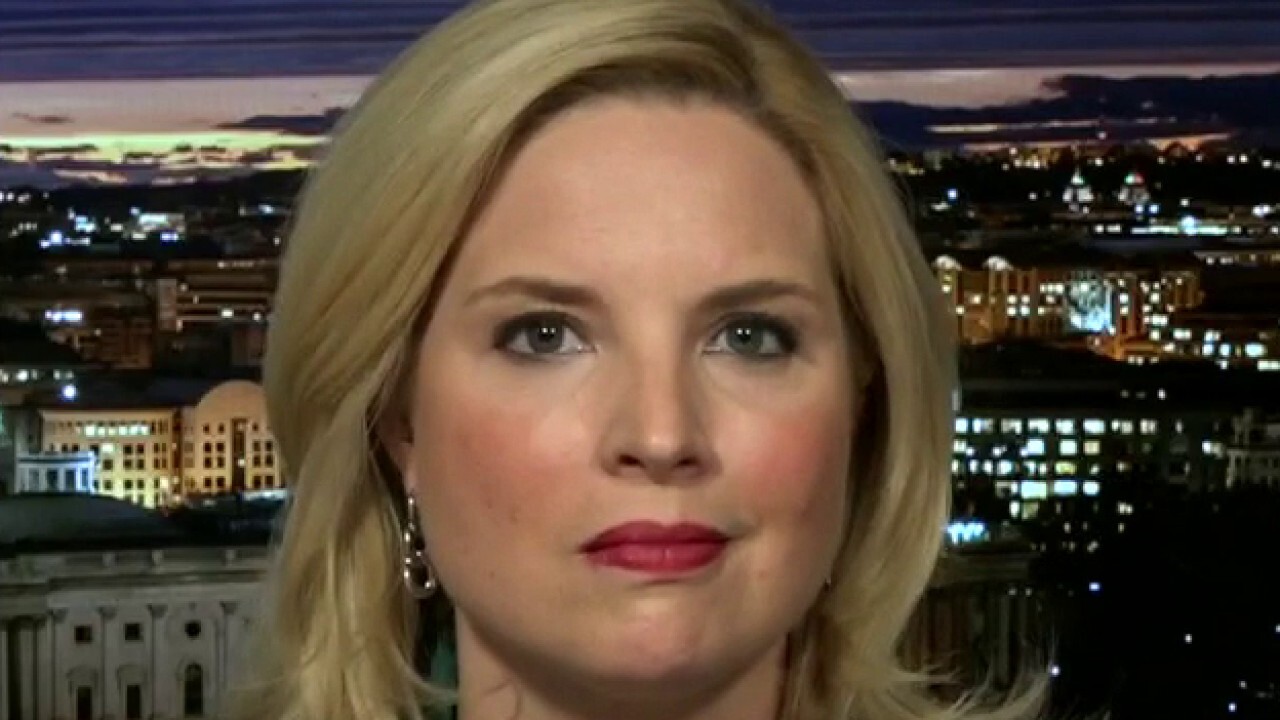 Government mandates are ‘torpedoing’ the US workforce: Rep. Ashley Hinson

Children across the U.S. have returned to school in person and many day care centers have reopened with vaccinated staffers. Still, a shortage of child-care workers is sending ripples across the U.S. workforce, stymieing employers as they try to hire more workers and sidelining the careers of women who would otherwise opt to remain in the labor force.

Household survey data released Wednesday by the U.S. Census Bureau shows more than seven million adults had to make adjustments in the past four weeks when children under age 5 were unable to attend day care due to safety concerns, consistent with recent months.

Experts say the shaky child-care situation is contributing to the lowest labor-force participation rates among women in the U.S. since the 1970s. In September, more than 300,000 women ages 20 and over dropped out of the workforce, according to an analysis of government data by the National Women’s Law Center.

"The pandemic worsened the realities of child care in this country," said Hannah Matthews, deputy executive director for policy at the Center for Law and Social Policy, adding that the sector was already in trouble before Covid-19 prompted closures. Some programs closed permanently, while others reopened with new, more costly health and safety processes, including smaller group sizes, lower staff ratios and social distancing, she said.

Many day care centers that shut repeatedly during the pandemic due to staff or child illnesses lost so much revenue from tuition that they closed permanently, Ms. Matthews said. Other centers are turning away families because they are short on staffing. Nearly 110,000 child-care workers left the labor force between February 2020 and September.

More than 100,000 child-care providers experienced closures early in the pandemic, according to a 2020 survey by the National Association for the Education of Young Children. Since then, one in 10 child-care jobs hasn’t returned. A recent survey by NAEYC found that 80% of child-care centers surveyed were experiencing staffing shortages, and half of affected centers are serving fewer children.

Parents are typically on the hook as backups. Nearly a third of parents with safety-related day care interruptions used vacation, sick days or other paid leave to care for their kids, according to Census Bureau data. Roughly a quarter said they used unpaid leave, while a similar percentage curtailed their work hours to care for children. Almost two million adults supervised one child or more while working. In each group, more women made adjustments in response to day care disruptions than men.

Anna Hamilton, 43, center, poses for a photograph with her sons, Henry, 6, left, and Adrian, 7, right, in their home on Monday, Aug. 24, 2020, in Decatur, Ga. Hamilton is taking leave from her job at a small investment firm where she has worked for 1

Some parents have stopped working or switched to less demanding roles.

After giving birth to her first child in September 2020, Louise Manfredi returned to her job as an assistant professor at Syracuse University in January. She had been awarded a semester of research leave, allowing her control over her schedule, and her husband worked West Coast hours for a biotech company, so the couple traded off caring for their infant daughter during workdays while the other worked.

The arrangement was effective but exhausting, with Ms. Manfredi working mornings, nights and weekends.

She was set to resume teaching this fall but hasn’t found steady child care. Hearing nothing from local day cares whose wait lists they had joined before their daughter’s birth, the couple began interviewing nannies, initiating conversations with what Ms. Manfredi estimates as more than 50 potential providers. One woman worked for the family for three days before deciding she didn’t want to live in Syracuse, while other candidates objected to the couple’s preference for a fully vaccinated caregiver.

She opted to take unpaid leave from her tenure-track job for the fall semester.

"It feels incredibly demoralizing. All I’ve ever done is study and work towards this job," said Ms. Manfredi, who is 36 and worries that her female students might be discouraged by her professional situation. "I’m stuck in a holding pattern that I didn’t put myself in."

Nearly five million adults who aren’t currently working, when asked by the Census Bureau about the main reason for their employment status, reported that they were caring for children not currently in school or day care, according to the most recent data.

After months of pandemic-induced stress balancing her roles as a pediatrician and mother of a toddler and an infant, both in day care, Jackie Crews decided to resign from her job. Though the St. Petersburg, Fla.-area day care center her children attended remained open, she said the constant worry about what she and her husband, a lawyer, would do if it closed unexpectedly became too much.

Since she has been at home, the day care her children previously attended closed several times after Covid exposures, leaving the parents scrambling to make other arrangements.

Restarting a career like medicine isn’t easy after a stint out of the workforce, Dr. Crews said, but she plans to apply for jobs again after both of her children start elementary school in 2024.