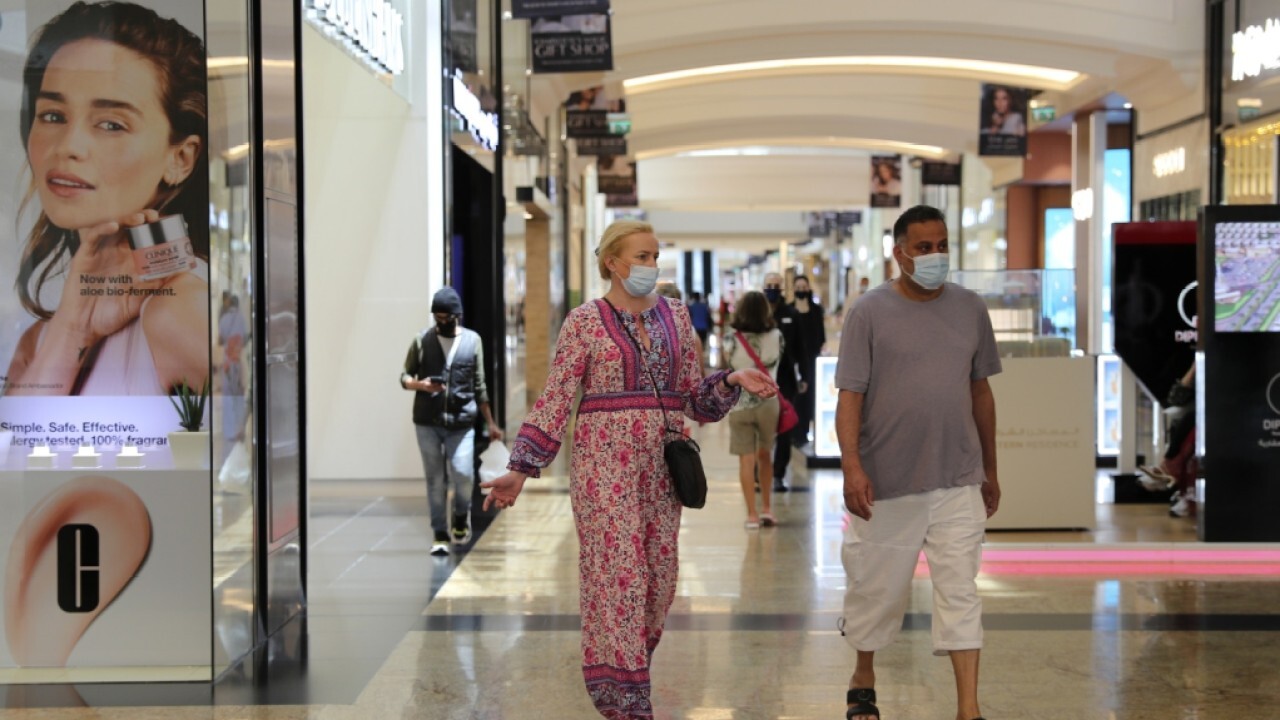 Shopping malls and restaurants are seeing an increase in foot traffic as the COVID-19 restrictions are lifting and more vaccines are distributed. FOX Business' Lydia Hu with more.

A fresh round of stimulus checks and the accelerated rollout of coronavirus vaccines sent retail sales surging in March as American consumers returned to stores and restaurants.

Retail sales soared 9.8% last month, the Commerce Department said Thursday morning, the second-largest increase since the government began tracking the data in 1992. It marked a sharp comeback from February, when sales fell by almost 3% due to winter storms, increased COVID-19 cases nationwide and evaporated stimulus funds.

The report, which covers about a third of total consumer spending, provides fresh evidence that the U.S. economy is firing on all cylinders as more Americans are vaccinated, business restrictions are rolled back and people begin to resume normal daily activities.

Sporting goods, clothing, and food and beverage accounted for the bulk of the gains in spending last month, a welcome sign for one of the hardest-hit sectors of the economy. Spending at bars and restaurants jumped 13.4% last month, while sporting goods spending jumped 23.5% and sales at clothing stores climbed 18.3%.

"American households are clearly feeling the full effect of additional fiscal stimulus, gains in the job market and the reopening of the economy," National Retail Federation CEO Matthew Shay said. "Consumer confidence remains high and an optimistic outlook for the future continues to grow."

Most Americans received a third stimulus check worth up to $1,400 from the coronavirus relief bill that President Biden signed into law in March. The IRS has so far delivered about 159 million cash payments totaling $376 billion. A recent survey by the New York Federal Reserve Bank showed that most households planned to spend about a quarter of the check on goods. The rest of the money, respondents said, would be saved or used to pay down debt.

The $1.9 trillion American Rescue Plan also boosted unemployment benefits by $300 a week through September and included a generous expansion of the child tax credit, with checks expected to start being issued in July.

Since the pandemic began close to one year ago, Congress has approved a staggering $6 trillion in spending designed to keep the economy afloat. It has pushed the nation's deficit to record-shattering levels, while the federal debt is on track to surpass $30 trillion this year.

Other reports showed the economy is gaining steam, too:  The Labor Department said that unemployment claims fell to a pandemic-era low last week, with 576,000 Americans applying for state aid. At the same time, employers added 916,000 jobs in March, the most since August.